Shareef O’Neal is the newly turned 16-year-old son of NBA star Shaquille O’Neal. It’s definitely good to be the son of a major NBA icon, reports say Shareef O’Neal recently enjoyed of the perks of having a famous last name.

According to TMZ, Shareef O’Neal was offered an ‘off the chain’ birthday party which included, exotic cars, famous rappers and an unreal dessert spread.

The party was held over the weekend and he had around 400 guests. Shareef O’Neal received not one but two sweet rides, one a blue Lamborghini and a pimped out Jeep!

The entertainment was in charge of rap superstar Post Malone and celebrity guests that included Diddy’s sons Christian and Quincy Combs.

But Shareef O’Neal didn’t only gets to celebrate like that because he is his father’s son. The teen has basketball DNA and has already displayed his talent. The highs school baller is already being recruited by some of the best programs in the country.

Shareef O’Neal was born from his father’s marriage to Shaunie Nelson. His parents were married for 9-years and are also the parents of Shareef’s three other siblings: Amirah, Shaqir, and Me’arah. Shareef also has one half-brother named Miles, from his mom’s previous relationship. And also a half-sister named, Taahirah O’Neal, from his father’s side. 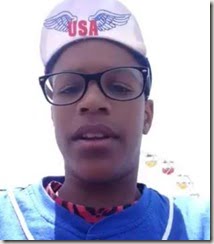 Shareef O’Neal currently goes to Windward High School in Los Angeles. The 6’7″Sophomore is a member of the 2018 class.

In 2014 Shareef O’Neal received the first of several Division I scholarship. According to O’Neal’s Twitter account,USC was the first school to offer the then high school freshman.

Is not only Shareef O’Neal who’s shown interest and talent in the sport. His 13-year-old brother Shaqir is also a baller.

Last year, their proud father shared a video where both siblings can be seen tearing it up on the court. Shareef is seen slamming it down via a pass from bro, Shaqir.

The teen is definitely committed to the sport. Shareef O’Neal spent the summer of 2015 traveling all over the country while playing for the elite AAU team California Supreme.

His game has been described as more of a swingman who can handle the ball and shoot from the outside.

Do you think he seem to have his dad’s trademark defensive dominance? Don’t miss him below!