Sarah’s VIP husband who apparently is in the midst of taking over the world, is behind the largest transaction in sports history. Reports have confirmed the mixed martial arts organization UFC has been sold for $4 billion.

Sarah’s hubby is known in Hollywood culture, to be the real-life model for Jeremy Piven’s tyrannical, tantrum-tossing Ari Gold character on the HBO series “Entourage.”

Her hubby Ariel Zev “Ari” Emanuel was born March 29, 1961, the talent agent and co-CEO of William Morris Endeavor (WME), entertainment and media agency. He was a founding partner of the Endeavor Talent Agency and was instrumental in shaping its June 2009 merger with the William Morris Agency. Ari has represented the likes of Martin Scorsese, Larry David and Oprah Winfrey.

Ari is also famous for being one of the Emanuel brothers. Growing up Ari had it pretty tough. Ezekiel, his oldest brother (now a special adviser for health policy at the Office of Management and Budget), was the brain. Rahm, the middle sibling (chief of staff to President Obama), was the charmer. The Emanuel boys were required to post their report cards on the refrigerator. Ari’s grades were invariably the lowest, according to a number of sites. 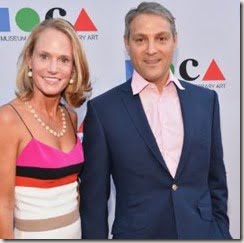 Emanuel made it to college. Then he made it to New York, where he got a job at a talent agency, and then to L.A. 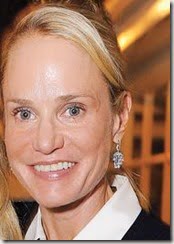 He got his start working for New York talent agent Robert Lantz, whose clients included Elizabeth Taylor, Richard Burton and Chief Justice William H. Rehnquist. In 1987, he moved to L.A. to complete a mailroom training program at Creative Artists Agency, one of the agencies he now fights over clients with.

By 1995, he and three colleagues founded the Endeavor Agency, which merged with William Morris in 2009, creating powerhouse WME, where he represents some of the most sought-after talent in Hollywood, including Mark Wahlberg, Dwyane “The Rock” Johnson, and Charlize Theron.

It was while working his way up at the Intertalent agency that he met his partner-to-be Emanuel.

Before WME took shape, Whitesell was a partner at Endeavor. He also spent time at CAA and UTA. Today some of Whitesell’s superstar clients include Ben Affleck, John Krasinski and Denzel Washington.

Little is known about lovely Sarah Addington, she is an East Coast girl whom he knew from Illinois. During an interview he joked he “signed his wife” after he called her every day for a year in order to persuade her into joining him.