R.B. Summitt and Tyler Summitt are both the men in the life of legendary Tennessee women’s basketball coach, Pat Summitt.

Summitt announced in August 2011 that she had been diagnosed with early onset Alzheimer’s disease. The 64-year-old has been living at a retirement center since late January.

Over the weekend a discouraging statement regarding her condition, was made from her family saying : “the past few days have been difficult for Pat as her early onset dementia, Alzheimer’s Type progresses.”

Despite her diagnosis, Summitt coached the 2011-12 season before stepping down. She concluded her storied 38-year career with 1,098 victories and eight national championships.

Pat Summitt has had a long and illustrious career couching basketball at the University of Tennessee. She is the winningest coach in the history of men’s and women’s Division I basketball.

Patricia Sue Head Summitt was born on June 14, 1952, in Clarksville, Tenn., the daughter of Richard and Hazel Albright Head. She was the fourth of five children.

Summitt, known for her steely glare on the sideline, was hired as the Lady Vols coach as a 22-year-old in 1974. Two years later she was co-captain on the silver-medal winning U.S. Olympic team. In 1984 she coached the Olympic team to a gold medal.

A ton of people, including family, friends and personalities in and out of the sport have shown their support to ex-lady Vols coach, as reports say everyone is preparing for the worst.

R.B Summit used to be married to her and they produced one son. The couple was married for almost 30-years. 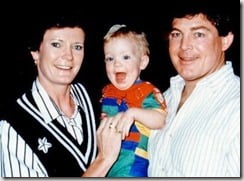 R.B Summitt and Pat divorced in 2008 following a 28-year-marriage. She filed the petition after the couple had been separated for several months, claimed irreconcilable differences.

During their marriage, R.B. Summitt was a “longtime fixture at games,” according to ESPN. He supported the women’s basketball program at UT and the women pursuing the game.

R.B Summitt and Pat are the parents of adult son, Tyler, he is their only child and is also a basketball coach, having followed into his mother’s footsteps.

Accoridng to his LinkedIn, R.B. Summitt served as the president of Sevier County Bank. He was named the director and appears in the Audit Committee Chair. R.B Summitt II retired in 2012 after 34 years with the company.

Summitt attended college at the University of Tennessee-Knoxville and graduated *** Laude with a major in microbiology and a minor in psychology.

R.B Summitt II is the son of late, Mae Kimbrough Summitt and Ross Barnes Summitt –who died in 2015 at age 99. His father had a total banking career stretched nearly 80 years with over 60 with Sevier County Bank where he served as Cashier, EVP, President, Director and Chairman of the Board.

R.B. Summitt II attended the University of Tennessee-Knoxville. He graduated *** Laude with a major in Microbiology and a minor in Phycology.

You can find R.B Summit II on Facebook here. 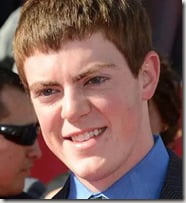 Tyler attended Webb School and the University of Tennessee where he was a member of the Tennessee men’s basketball team and graduated with a major in Communication studies and a business minor. He served as assistant coach to Terri Mitchell at Marquette University from 2012 to 2014. In April, 2014 Tyler Summitt became the sixth coach for the Louisiana Tech’s Lady Techster basketball team.

The couple’s only son, Tyler Summit resigned to his job as the Women’s basketball coach at Louisiana Tech University after he admitted to an affair with one of his players. The 26-year-old is married to AnDe Ragsdale Summitt.

They are high school sweet hearts and tied the knot on June 1, 2013.