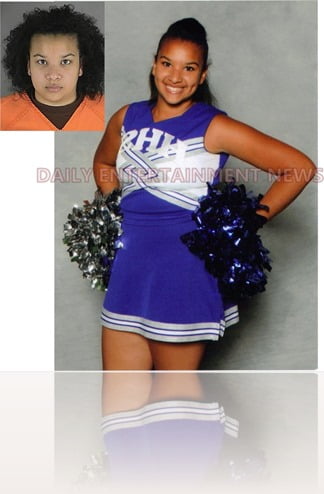 Meet Montia Marie Parker the Cheerleader at Hopkins High School who decided to get a little extra cash by becoming the pimp of a 16-year-old girl.

According to media 18-year-old Montia Marie Parker a senior and cheerleader at Hopkins High said she and a 16-year-old sophomore with learning disabilities and a fellow cheerleader at Hopkins High agreed that Montia will make her a profile on the juvenile prostitution website Backpage.com, with Parker’s phone number for possible customers to reach her, once they close the deal Montia will drive the girl to the destination they agreed on, wait for her and drive her back in exchanged Montia Parker would get the $60 that her friend made.

That was exactly what happened on day one, the girls skipped school, Montia and the unidentified teenager drove to hotel where the client was waiting for her, after they were done Montia got her $60 which she deposited in her bank account.

On day two Montia called school and pretended to be the teenager’s mom, told them an excuse for her daughter absence from school and hung up, but this time the girl didn’t want to have *** again, so Montia told her..

You’ll be fine — I didn’t drive up here for nothing, and eventually you will need to have ***,

But still the teen girl didn’t want to have ***, so she told the man she would do oral *** on him, but he refused, both girls drove back to school as if  nothing happened.

The girl’s mom got suspicious of her daughter unexcused absence from school on Day one, she also noticed her daughter was acting weird, so she went thru her cell phone and found the text messages she exchanged with Montia Marie, she need no more, and called the cops. 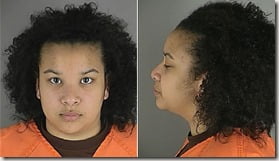 On May 22nd. Montia Maria Parker was arrested by  Minnetonka Police who linked the profile on Backage to Montia, who then confessed about creating the ad and receiving tons of calls from men, she added that she only didn’t to help her friend to make some money.

Parker from Maple Grove, MN was charged with promoting prostitution, and *** trafficking and was removed from Hopkins High, however because the crime didn’t happened on school grounds they didn’t notified any parent. Minnesota

Parker made her first appearance at Hennepin County District Court on May 23 and posting a $50,000 bond.

Montia Parker born in Osseo, MN to Valerie Takpor, 45,  and Keith Parker, 48.will be back in  court next Wednesday, if they find her guilty she can spent the next 20 years of her life behind bars.