Ara Zobayan has been identified as the pilot of the helicopter that crashed Sunday -in an accident that claimed the lives of NBA legend, Kobe Bryant.

Ara Zobayan, is one of eight others who died in the tragic helicopter crash that also killed Bryant’s 13-year-old daughter Gianna Maria Onore Bryant.
A total of nine people were on board a helicopter that crashed into a hillside in dense fog in Calabassas, California. Bryant’s sudden death at age 41 touched off an outpouring of grief for an athlete whose star status transcended the sport.

According to reports, the group of nine people who were all linked to basketball in one way or another -except for Zobayan, were on their way to a game when the chopper went down. The helicopter is said to had been flying in foggy conditions considered dangerous. 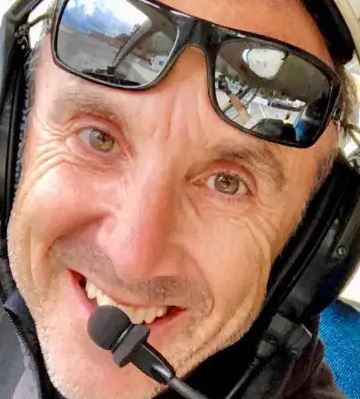 As updates emerged of the tragedy, the 50-year-old pilot had received his commercial pilot certificate in 2007, according to the FAA.
Ara who was of Armenian descent is receiving some negative criticistm as he has been described as highly skilled, but still makes no sense for users why he made the deciscion to fly under dangerous conditions, so much that officials grounded helicopters in the area. However, online records show that Zobayan was an instrument-rated pilot, meaning that he was qualified to fly in fog conditions.

Ara Zobayan had previously been a private pilot for other celebrities including Lorenzo Lamas who mentioned him during an episode of Celebrity Wife Swap.
People close to Ara have paid their respects, a close friend wrote on social media “Working for the aviation business has allowed me to meet some pretty amazing people and pilots. Ara was definitely one of them. Always so nice, talkative and especially attentive when it came to Kobe and his family. I’m heart broken.”