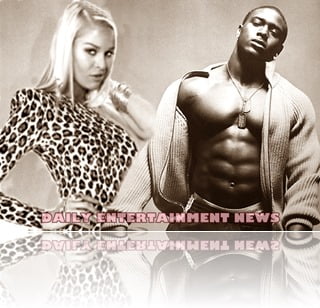 No worries, NFL running back Reggie Bush didn’t cheat on his dancer and heavily pregnant girlfriend  Lilit Avagyan with this January Gessert, but allegedly he did cheat on Kim Kardashian with Gessert years ago, the latest of this former blondie is that she was arrested for forged checks!

The scandal between Kim K and her then boyfriend Reggie Bush who according to Gessert is a close friend of her exploded on March, 2010 when one night January went out with a group of friends and bumped into Reggie, she stayed at  his home, but she swore nothing happened between them, but it didn’t look that way the next morning when she was photographed by tons of paparazzi outside Bush’s house. As you can imagine her reputation was tainted and she was labeled as a homewrecker among other nasty things, January Gessert hired Gloria Allred to released a press conference to clear  up her name and confirmed nothing happened between her and Reggie. 30-year-old January Annette Gessert also known as January Ryan was born on January 17, 1983 to 63-year-old Michael Gessert and 65-year-old Cathi Gessert from West Hills, CA. January was born and raised in the San Fernando Valley and became involved into dancing ever since she was a child, she also took  drama and music classes.

She became a member of the girl band Groupie right after high school when Kelis her idol and talented artist signed January in. January left Groupie to focus on her solo career.