Roger Mayweather, widely known as the uncle of boxing champ, Floyd Mayweather and for his own boxing and coaching career -has died. He was 58.

Roger Mayweather was a former world champion who retired in 1999 and went onto established himself as one of the greatest coaches in the sport’s history. His health had been in decline for the past few years, at one point he went missing but was located by officials.

Many considered him the best trainer in the world. Just like late Lakers superstar Kobe Bryant, Roger Mayweather was also widely known by the nickname ‘Black Mamba’

A respected and distinguished fighter in his own right, Roger Mayweather won 59 of his 72 professional fights, capturing the WBA super-featherweight world title and WBC light-welterweight world title.
Born April 24, 1961; the Grand Rapids, MI; native was 64-4 as an amateur and made his professional boxing debut on July 29, 1981.
During his boxing days, he battled with some pretty big stars, including Julio César Chávez and Ray “Boom Boom” Mancini. He was a two-weight world champion; holding the WBA and lineal super featherweight titles back in the day, along with the WBC light welterweight title (from ’87 to ’89). He retired as a boxer in 1999 at age 37. 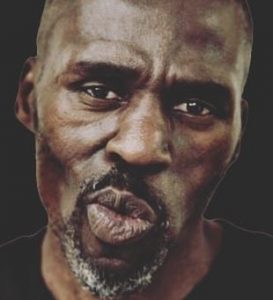 As a trainer, he was was a key member of Floyd’s training team and one of the most famous boxing trainers ever. He trained his nephew between 2000 and 2012, molding his Floyd Mayweather into boxing’s recognized best pound-for-pound fighter.
During a 2015 interview, Floyd Mayweather himself admitted that his uncle’s years in the sports had taken a toll on him and said his uncle had significant memory loss comparing him to a man in his 80’s despite being only in his 50’s.