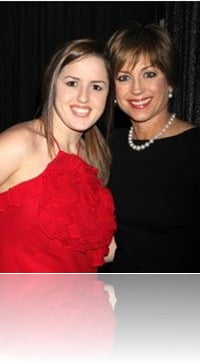 Meet Alexandra Forsythe, she is the only daughter of former ice figure skater Dorothy Hamill who was until today a contestant in Dancing With The Stars.

56-year-old Dorothy Hamill has been blessed with many things throughout her professional and personal life, she won a gold medal at the 1976 Winter Olympics in Austria.

Mrs. Hamill has been married three times, first in 1982 to singer Paul Martin with whom she remained married until 1984, in 1987 she got married to Kenneth Forsythe, they divorced in 1995 and then in 2009 she got married to her current husband Mr.  John MacColl.

Dorothy has one daughter, Alexandra from her marriage to Mr. Forsythe.

24-year-old Alexandra Forsythe Hamill was born in 1988 in Palm Springs, CA  to Dr. Kenneth Forsythe (sports doctor) and Dorothy Hamill. Alex’s parents bought the Ice Capades in June, 1993 but they sold it two years later after they filed for bankruptcy in 1996. 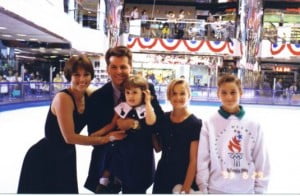 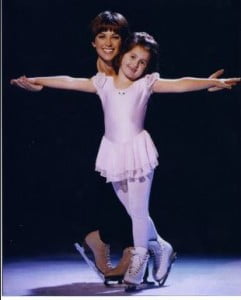 Alex Forsythe went to live with her mother in Baltimore after her parents divorce in 1995, it was reported her father Dr. Forsythe cheated on her mother twice, one with a friend of her mom’s while she was pregnant with Alexandra and another with Hamill’s young Ice Capades stand-in.

Alexandra went to Roland Park Country School in Baltimore and decided to attend Towson University in Townson, MD after her HS graduation in 2007.

Alexandra posed with her famous mother and a whole bunch of Chippendale dancers At The Chippendales Theater At The Rio Hotel And Casino in 2010 when Alexandra celebrated her 21st birthday! 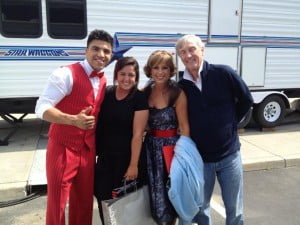 Alexandra was sitting along her stepfather Mr. MacColl when her mother withdrew from the 16th season Dancing with the Stars due to an injury in her spine., You can see her in the video below.