Tom Sizemore, the 54-year-old actor known for his work on Saving Private Ryan, Pearl Harbor and others; has bees arrested for felony domestic violence after allegedly beating up a woman in Los Angeles.

Reports say police arrived after multiple phone calls described a woman screaming. According to TMZ, the woman reportedly told authorities that Sizemore hit her in the face and head after they got into an argument. She then refused medical attention, according to the celebrity gossip site.

On top of all, according to the Daily Mail, he was dumped by his manager following the actor’s arrest earlier this week for alleged domestic violence.

The identity of his alleged victim was not disclosed, could it be his latest love interest?

Tom Sizemore was born November 29, 1961 in Detroit, Michigan. He received his Master’s in theater from Temple University before pursuing an acting career.

He had a number of roles on TV shows such as Watch It, Blue Steel and Chine Beach.  Sizemore also played the role of Detective Ray Nettles in the action film, Ticker. 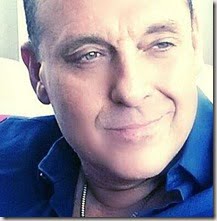 Seems like Tom can’t get a break, the life of the actor has been plagued by all types of excesses, from his addiction to ****** to sordid tales of his *** life. In an attempt to get his life straightened, he appeared on the third season of VH1’s “Celebrity Rehab” reality show.

As a result of his lifestyle, his private life has been directly affected. He was previously married to actress, Maeve Quinlan, but his drug abuse lead to their divorce. Their affair was one of the most talked topics of the town at that moment. The couple got married in 1996 but it was not all rainbows and butterflies for the couple after that. Due to some sever drug problems the couple went through the process of divorce in the year 1999.

History shows as well, it is not the first time the actor puts his hand on a woman.

Tom is the father of twin sons,  Jayden Sizemore and Jagger Sizemore. Back in 2010, he was accused by the mother of his sons of hitting her during a visit to discuss child support. Jinele McIntire told a judge at the time “He punched me like (he would) a man. It came out of nowhere. He told me, ‘You’re not going to get out of here alive.”’

Additionally Sizemore was sentenced to six months in jail in October 2003 after being convicted of hitting Fleiss in the jaw and for making threatening phone calls to the  former “Hollywood Madam” who also spent time behind bars for operating a high-end call girl ring for celebrities.