Donna Rotunno is the stunning attorney currently in the eye of the storm after becoming the lawyer representing disgraced movie mogul -Harvey Weinstein.

Donna is to say the least, a successful Chicago-based attorney who has emerged as a complex and polemical figure, who has decided to defend a man reviled by many women.

She has stated ahead of the trial, that her job would be to convince the jury not only that the sexual encounters were consensual, but that the women were also manipulating Weinstein. She pointed out that both women maintained relationships with Weinstein after the alleged assaults.

The 44-year-old joined Weinstein’s defense last spring, after he burned through a number of lawyers in the leadup to his trial.

Rotunno grew up in Wheaton, the granddaughter of a police officer and the daughter of a businessman in the grocery industry and a teacher. As a child, she watched the TV series “The Paper Chase,” which was about a first-year Harvard Law School student.

Drawn by her passion, she went to a local Catholic college and graduated from the Chicago-Kent College of Law. Right after graduation, she got a job as a clerk with the Cook County state’s attorney’s office in 1997. She then became an assistant state’s attorney, working on domestic violence cases and felony crimes. By 2003, she had gone into private practice with a defense lawyer, and by 2005, she started her own firm. She was 29 at the time. 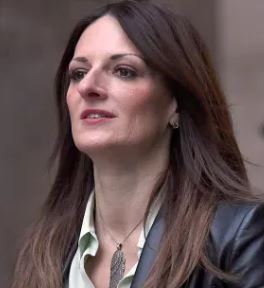 Since then, Rotunno has been known for her personal style and for winning criminal trials and specializing in *** crimes.

According to outlets, when it comes to *** crimes cases, Rotunno has lost only once at trial. She keeps a courtroom sketch from that case taped to a wall in her office. Rotunno who has been described as a bulldog in the courtroom – is said to have put a teenage girl through a brutal cross-examination, during the case she lost.
Her client Demarco Whitley, then 19, a former high school football player, was convicted of raping a 15-year-old girl and sentenced to 16 years in prison. Rotunno believes the “real perpetrator” was Whitley’s cousin, who was also accused of participating in the attack. Her client, she said, was “the follower.”

Her Instagram is set to private but the bio reads; ‘Criminal Defense Attorney. Proud auntie. Godmother to the world…or almost. Chicago sports fan’