Jessica Mann a former actress has been revealed as the third woman accusing Harvey Weinstein of assault in his New York trial.

According to reports, Mann -described by outlets as a star witness -had been unnamed in court proceedings but her name was revealed by Prosecutors in an opening statement that would make the perfect movie plot.
According to Assistant District Attorney Meghan Hast, Jessica Mann was in her 20’s when she met Weinstein at a business social gathering in Los Angeles. Their encounters were described as demanding and violent and one night in March of 2013, Weinstein allegedly raped her. The incident took place at the DoubleTree resort in Midtown East.
Later in 2013, he allegedly raped her again after they met for a haircut and Harvey “instructed her she owed him yet one more time”

She is said to have buried her trauma and continued their encounters/relationship until she broke it off in 2017 -realizing it was Harvey who had a problem. 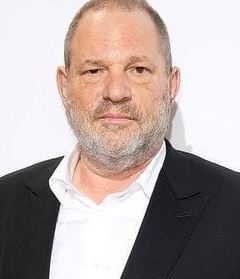 Jessica Mann -who is described as a brunette -grew up in a dairy farm in Washington state; she made the move to LA to pursue a career in the entertainment industry. Mann attended auditions and got casted for commercials however, her acting career never went beyond that.
Since then, the former actress has transitioned into hair styling and works as a hairdresser.

Jessica Mann’s story is different from others accusing Weinstein, she allegedly fell for him and stablished a relationship with the disgraced movie producer even asking him in affectionate emails and texts to meet her mother. According to the DA, Mann chose to keep her years long relationship with Harvey out of fear of retaliation and out of hope that he could help her career.

She thought at the time ‘Maybe I can just grin and bear it, maybe he really does think I’m talented and special.’
In one text, she both acknowledges she loves him, but at the same time calls herself a booty call writing ‘I love you, I always do. But I hate feeling like a booty call. ;)’

Weinstein says their relationship was consensual.