Gina Guangco is the proud mother of actress and singer -Vanessa Hudgens -who rose to fame in Disney’s High School Musical.

Gina’s daughter is facing serious backlash after making controversial and what some labeled as irresponsible comments about the deadly coronavirus that is currently affecting pretty much the whole world.
Like is costumed nowadays, after the backlash, she apologized and said the remarks ‘are being taken out of context’

Hudgens was born December 14, 1988 with birth name is Vanessa Anne Hudgens at her hometown in Salinas, California -to parents Gregory Hudgens “Greg” and former wife, Gina Guangco.
The family moved and lived all over the West Coast. Younger sister, Stella was born November 13, 1995.

Gina Guangco who hails from the Philippines, and Gregory Hudgens split at some point and their relationship ended in divorc. Her ex-husband worked as a firefighter. Gregory Hudgens died of cancer in 2016.
Gina Guangco has often been described as her daughters biggest fan. The mom of two worked in a number of jobs back in Manila, Philippines and in the US. She has been described as having a succession of office jobs. According to her social media she is from Cebu City and currently lives in Calabasas, California. 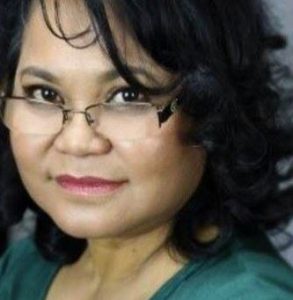 Daughter Vanessa -played roles in several local musicals before traveling to Los Angeles to pursue a career in acting.
She played a role in Journey 2: The Mysterious Island with Dwayne Johnson in 2012. She also portrayed Rizzo in the 2016 Fox broadcast of Grease Live! and landed a starring role in NBC’s Powerless. In 2017, she became a judge on So You Think You Can Dance.
In addition to acting, her debut album, V, was certified Gold in 2006.
Vanessa also became notorious for her relationship with co-star Zac Efron in 2005. They ended the relationship in December 2010. She then dated actor Austin Butler from 2011 to 2020.

Any thoughts on her recent comments about coronavirus? Share below!

Check out Vanessa with over 38 million followers on Instagram.