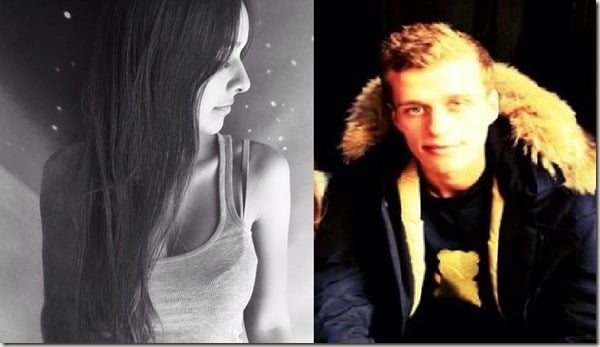 Conrad Hughes Hilton III who is the youngest of four, was driving on the I-10 California freeway near Palm Springs on Saturday when the accident occurred. Authorities say Hilton was speeding when he tried to change lanes and hit a Volkswagen. They say he then lost control of his car and crashed into a tractor trailer.

Before the accident, another driver allegedly called 911 to report Hilton’s ‘reckless driving.’ A police officer then tried to pull him over but ‘lost sight of him,’ reports say .

If the last name sounds familiar, yes, he is Paris, Nicki and Barron Hilton’s little brother, he is the fourth child of Rick and Kathy Hilton. Unfortunately for the infamous family, this isn’t Hilton’s first brush with the law. Back in 2012, he was arrested after testing positive for *********, which was reportedly a violation of the terms of his probation for a previous ********* arrest.

We got curious and tried to find out about his current status and we cant assure if he is officially dating a gal named Sophie Mudd, but we believed they could be more than just friends. Sophie can be found among his friends on his Facebook profile, she seems to be super private and looks like one of those girls who is confident enough not to flaunt about her relationships.

She is of petit frame and has a killer figure, it also appears as if she enjoys modeling and she has both the face and body to go along! If lovely Sophie is the one for Conrad the poor thing must super worried about him; according to TMZ, Hilton had to be removed from his car using the jaws of life, but he escaped with only minor injuries, including a fracture to his hand and a ‘few cuts and bruises.’ Thank God!

Sophie’s special friend hasn’t been as popular in the love department as his older siblings, including brother Barron. However he seems to be already familiar with car crashing; in 2011, he crashed into two parked cars in Los Angeles after a night out in West Hollywood.

Do you think they make a nice couple, or is Sophie too nice for the bad boy?