Samantha Geimer is the woman who as a teenager was raped by famed film director, Roman Polanski.

The story goes that back in 1977, then a 13-year-old Samantha was drugged and raped by Polanski, who at the time was in his 40’s.

At the time, he pleaded guilty to only one of the six counts he was charged with, spent 42 days at Chino State Prison. When the judge backed out of a sentencing deal that he and the attorneys had agreed upon, the director fled the country. Since then, he has spent most of his life living as a fugitive in France and avoiding countries that might extradite him.

In 1993, Roman settled a civil suit with her for a six-figure sum.

Polanski, the son of Polish parents was born, Rajmund Roman Thierry Polański on August 18, 1933. Before the child rape case, Polanski enjoyed a life of luxury and fame as a well respected movie maker. He played a major role in raising Poland’s standing in the film world as a member of the Polish New Wave movement in the ’60s.

He received at least five Oscar nominations along with two BAFTAs, four Césars, a Golden Globe Award and the Palme d’Or of the Cannes Film Festival in France. Polanski who is also a Holocaust survivor, was married to actress Sharon Tate –who was murdered by members of the Manson family in 1969. 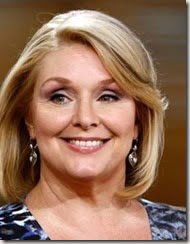 Geimer now a lovely 58-year-old blonde, is an author, a married woman and the mother of three grown sons. She decided to tell her side of the story in a 2013 memoir titled, “The Girl: A Life in the Shadow of Roman Polanski.”

Fast forward to 2009, Roman sent Geimer an email apologizing, they have kept in touch ever since. 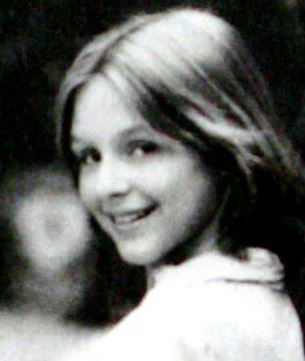 PinDuring an interview, Samantha Geimer said she prefers not to see herself as a tragic figure but as a woman who lived through an alarmingly common crime that happened to be committed by a famous man. She is married to husband, Dave Geimer.

Samantha Geimer who goes by Sam,  was born Samantha Gailey in California. She was the daughter of an actress mom. Samantha who did some modeling as a child, got to Polanski’s claws to do a photo-shoot. Her mother, had met Polanski at a party and they though this, was her big shot.

Instead, Polanski drove her to his friend Jack Nicholson’s Hollywood Hills home, gave her Champagne and a piece of Quaalude and, after learning that she was not on birth control, anally raped her, court records showed.

One her mother found out, she called police. Samantha spent the following months retelling her story for doctors, police officers, attorneys and a grand jury.

Samantha struggled with drugs during the rest of her teenage years and gave birth to her first child at age 18. She later married, had two more children, moved to Hawaii and lead a regular life working in real estate.

She began advocating that Polanski’s case should be dropped in the late 90’s. Since then, she has continually said she forgives Polanski and does not want him to face further jail time.

She and her husband own a home in Las Vegas.