Salvatore Anello is the devastated grandfather of a toddler who died under his care while they were on a cruise ship in San Juan, Puerto Rico.

Salvatore who lost his 18-month-old granddaughter while on a Royal Caribbean cruise ship -will plead guilty in the case.
Salvatore who also goes by Sam, and was charged in Puerto Rico had initially pleaded not guilty to negligent homicide for the July death of his granddaughter Chloe Wiegand -however recent reports say that the grandfather will change his plea in exchange for no jail time.
As part of the plead deal, Anello will serve probation. He said he decided to take a plea deal so his family can move on from the nightmare.

The nightmare for his family began last July -when Anello took over supervising duties, at the time little Chloe had been playing with her mother in a children’s water park area on the pool’s 11th deck. Anello then put Chloe up to the window to bang on the glass when she slipped from his hands through the window, falling to her death from the ship’s 11th story. 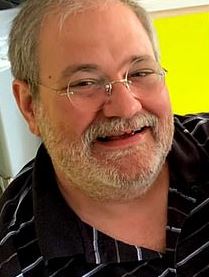 He told authorities he had raised little Chloe up to an open window before she fell, claiming he was unaware the window was open. He has insisted that he believed that the window was enclosed by glass.

51-year-old Salvatore Anello was born September 26, 1968; he lives in South Bend, Indiana -he has received all the support from his family. He is married to longtime wife, Patricia Anello. Salvatore has also revealed in interviews, he is color blind which may have been the reason he couldn’t tell between the tinted closed windows and the open window.

Chloe’s parents Alan and Kimberly Wiegand have pleaded with Puerto Rican authorities to halt the prosecution, instead blaming cruise operator Royal Caribbean for their 18-month-old daughter’s death. They are suing the company in a separate civil lawsuit.
Chloe’s father, Alan Wiegand, is a South Bend police officer while Kimberly Schultz Wiegand, is a former St. Joseph County deputy prosecutor.
The couple have told outlets that they hoped to bring awareness and ensure that such an accident doesn’t happen to another family.