Her hubby, widely regarded as ‘the father of the life coaching industry’ could be facing serious accusations after a number of his attendees resulted injured at one of his world renowned rallies.

Sage Robbins and her famous husband have an out of the ordinary love story, that developed as they were going through their painful divorces.

A lot is known about one of the most motivated people in the world, so we thought you’d like to know more about the woman next to Robbins, the women in his past and their children together.

Jolie Jenkins, Jairek Robbins, Liz Acosta and Becky Robbins may not be related between each other, however, they are all related to Tony Robbins.

Both Jolie Jenkins and Jairek Robbins are children of Tony Robbins. That said, Jolie is his adopted daughter through his marriage to ex-wife, Becky Robbins.
While, Jairek is his only biological child and son; born from his relationship with ex-girlfriend, Liz Acosta.

Rebecca, known as Becky is a certified nurse. However, she left the nursing profession in favor of trying her hand in business. She became known thanks to her marriage and subsequent divorce from Tony Robbins. At a just 18 years of age, Becky got married to man whose identity is still unknown. The two then welcomed two boys and a girl. However, their marriages didn’t last for long so she ended up as a single mother.

Becky Robbins was formerly known as Rebecca Jenkins. She and Tony Robbins met at a seminar and became husband and wife in 1982. At the time, she was already a mom of three children.

During her time with the famed coach, Becky Robbins became a frequent attendee of Tony’s “Unleashing the Power Within” seminars. Her life with Tony would become a catalyst for change.
Tony and Becky Robbins eventually went on numerous adventures together, despite her initial hesitancy. She didn’t want to go bungee jumping, sky diving or race cars but eventually learned to do all of those. Soon she was skiing, scuba diving and doing many other things, as well as starting to work closely with Tony in his company, becoming a high-ranking member of Robbins Research International.

Becky Robbins then began giving speech at schools, and mostly worked with underprivileged youth. She also helped her husband sponsor children’s education. She taught girls to become independent financially, and continue to search for the thing that drive people the most.

Becky became a mother at a young age. She and her first husband welcomed a two sons and one daughter. Her first born, was a boy. The next, a girl. And the last, another boy. Her children are: Tyler, Jolie and Josh Jenkins.

Tony Robbins adopted the three children, after he married Becky.

Tony and Becky Robbins decided to divorce after fourteen years in 2001.

Tony disclosed during an interview that he feared that his marriage to Becky would not last right from the beginning. But in trying not to disappoint her, he kept moving on despite not being on the same page with Becky.

The former Mrs. Robbins never spoke publicly about her husband’s infidelities or his illegitimate child with Liz Acosta.
It appears that the terms of their divorce was reached under mutual agreements and both went their separate ways.

Becky Robbins is nowadays a well known author as well as a philanthropist.

Even though she and Tony divorced in 2000, she is still working at Robbins Research, and remains good friends with Tony Robbins.

Despite the fact that, their marriage didn’t work, Becky has written articles, conducted interviews, and also does outreach work for the company. She later rose to become the vice president of Robbins Research International.

According to online sources her net worth is estimated at over $1 million.

Jolie Jenkins who was born March 7, 1974; is an actress and also a talented artist; she often draws paintings and sketches and present them in her gallery. 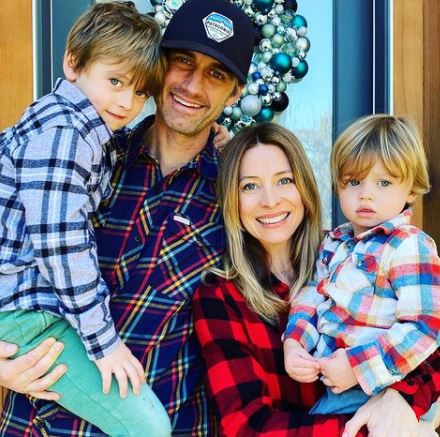 Jolie Jenkins, is married to David Pagani, her longtime boyfriend. Together they are the parents of two children; Louis Rocket Pagani born in 2014 and Hugo Pagani, born in October 2018.

Jolie Jenkins began her acting career appearing on small guest roles in shows like USA High, Two of a Kind, and Party of Five.

The blonde made a name for herself bringing to life Diana in the comedy series Shasta McNasty.
She later went on to portray Julie Tompkins in Body of Proof and the Body of Proof Webisodes and starred as Aunt Dena in the Disney Channel series Liv and Maddie. In 2018, she began starring in Alexa & Katie. She also portrayed Agent Leyla Harrison in The X-Files.

Not much has been disclosed about Liz Acosta who has been widely described as the side girlfriend Tony entertained while being married to ex-wife, Becky Robbins.

It is believes the ex-lovers got together just a couple of years into his marriage with Becky. As a result of their illicit relationship, Liz Acosta became pregnant and gave birth to a son, Jairek Robbins.
Liz Acosta died in 2019.

Jairek Robbins was born in 1984. That makes him currently a 37-year-old man.

Jairek Robbins followed into the footsteps of his father and became a motivational speaker and a performance coach. He is in addition a best selling author. The father and son duo, have a close relationship.

Jairek Robbins earned a B.A. in psychology from the University of San Diego.
According to his website, FastCompany calls him inspiring and says he’ll make your life less ordinary. Forbes says Jairek Robbins will teach you how to succeed.

Jairek Robbins is currently married to Amanda Andrzejewski, the two tied the knot in 2014 and together have one son named Koa, born on June 13, 2020. 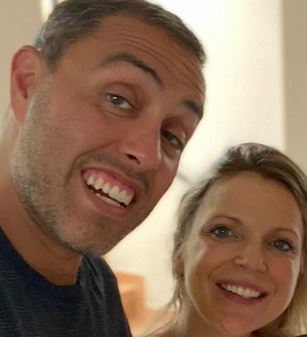 Jairek took to IG to write about the birth of his son, while remembering his mother and wrote

Tony Robbins found love again in 2001 when he and Sage Robbins tied the knot. The author of many self-help books such as Awaken the Giant Within, Unlimited Power, and Unleash the Power Within; met Sage Robbins in 1999.

Robbins’ who made Forbes magazine’s “Celebrity 100” list, is the Chairman of 7 privately-held companies and 5 holding companies in diverse industries.

He is always passionate about helping others doing humanitarian work through the non-profit Anthony Robbins Foundation.

Robbins is a recognized authority on the psychology of leadership, negotiations and organizational turnaround, he has served as an advisor to leaders around the world for more than 38 years.

The Celebrity Self-Help Guru has said in the past that his marriage to Sage Robbins is exciting and is like a gift to him. 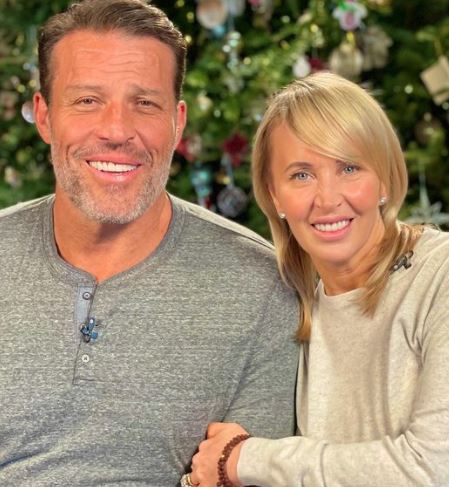 Formerly known as Bonnie Humphrey, Sage Robbins is an actress best known for her role in the film Shallow Hal (2001).

Sage Robbins is a phlebotomist and acupuncturist by profession but held a number of jobs including health food store clerk.
Following a divorce in 1998, Sege and Robbins met in 1999, began dating seriously in 2000 and were married in 2001. She was previously married to a Canadian businessman, John Lynch -who in 2001 told media that Sage and Robbins began their relationship while she was still married to him.

Sege Robbins and Tony are always together, she is always seen by his side, traveling the world with him to his different seminars. She has collaborated in a number of his videos including a relationship themed video for Valentines’ day filled with tips and relationship advice.
The lovely blonde often appears with her husband to give relationship advice. Tony and Sage Robbins do not have any children of their own.