Tim Mynett, is a political consultant and the new husband of Somali-born US representative, Ilhan Omar.

The congresswoman had previously denied a relationship with Mynett however, she revealed on social media that she’s a newly married woman, again!
The Minnesota democrat has had a whirlwind of a love life; the 38-year-old, filed for divorce from the father of her three children, Ahmed Hirsi, last year.

Ilhan Omar and ex- Ahmed Hirsi had an unconventional story, the two became engaged in 2002 but never actually walked the isle at that time. Instead, they welcomed two children and went their separate ways around 2008.
During that time, Ilhan Omar tied the knot to another Ahmed. She and British Ahmed Nur Said Elmi divorced in 2011 –the same year she and Ahmed Hirsi reconciled.
Omar and Hirsi welcomed their third child in 2012 and she and British Ahmed were legally divorced in 2017. Finally in 2018, she and Ahmed Hirsi were able to get married only to divorce in 2019.
Ahmed Irsi has also found love again and was married just a couple of months following his divorce from Omar. His new wife is named Ladan Ahmed.

Getting back to now her third and newest husband, Tim Mynett, also comes from a complicated story.
He used to be married to Dr. Beth Jordan Mynett -who said in divorce papers her husband had specifically left her for the Somali politician. 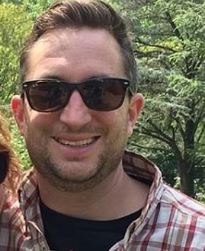 Tim Mynett and Beth Jordan became husband and wife in 2012. The former couple had been living together for about six years prior to their marriage. They share a 13-year-old son.
38-year-old Tim Mynett is a political aide who has worked as a strategist for many politician  including his now current wife.
Tim attended college at the State University of New York at Albany, earning a degree in Political Science and graduating in 2003. Since then, he’s worked as a Foundation Manager at the Alliance for Justice, an Associate at the Ashmead Group, and a Senior Director at New Partners, before joining the E Street Group.
According to his LinkedIn profile, Mynett is a political consultant with the firm E Street Group, which has previously worked with Omar’s campaign. Prior to that he worked as a principal for the Mynett Group for just under five years.
It’s been widely reported that Omar’s campaign had cough up over $250k to Mynett’s consulting group.