Raquel Pennington is the neighbor and friend of actress and soon-to-be divorced woman, Amber Heard.

Following with the Hear-Depp drama, reports have noticed a relationship going on between Raquel Pennington and Amber Heard.

The friends have known each other for over a decade and have been photographed in several opportunities hanging out.

Media reports say they are so tight, Raquel Pennington has been the shoulder to cry on for Heard during though days with Johnny Depp.

According to the Daily Mail, Raquel Pennington has been through every step of the divorce with Amber, which has turned into one of the most controversial divorce cases after Amber filed for divorced from Depp citing irreconcilable differences just two days after his mother’s death.

Pennington’s support to Amber has been so pivotal, that she claims to have thrown herself in between the couple, breaking them up and eventually taking Heard to the safety of her home next door.

Pennington was at the couple’s house on May 21 along with her L.A.  based chef boyfriend, Joshua Drew and another friend Elizabeth Marz, according to court documents, when Depp came home ‘drunk and high’ at around 7.15pm.

The group then left as Heard tried to comfort Depp over his mother’s death the day before.  Raquel Pennington was next door when Heard texted her calling for help at around 8pm.

According to documents, Pennington found the door locked when she arrived but she claims to have been able to hear Depp and Heard arguing inside. 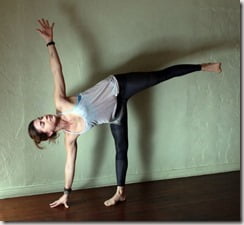 Raquel Pennington is a yoga teacher and self-described ‘cheese specialist and travel junkie’ According to her social media pages she is passion for yoga, pulling poses in unusual places. She is also currently engaged to fiancé Joshua Drew –which throws away the theory that something other than friendship could be going on between them. Let’s keep in mind, Amber Heard is also drawn to women and was in a long relationship with one. 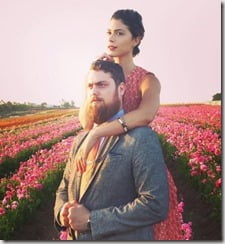 Raquel Pennington is originally  from Austin, Texas. Once she made the move to L.A. she began teaching at Urth yoga in Silverlake where she says she always encourages her students to ‘open their hearts’.

Her love for yoga also inspires her into jewelry designing. Raquel Pennington specializes in ‘spiritual’ mala beads –which are used in mediation.