Elizabeth Trump Grau, is like her last name indicates, non other than one of two sisters of President, Donald Trump.

Elizabeth Trump Grau, seems to be in a pickle; according to reports the 78-year-old is being sued over damage made to a condo. It all went down when apparently she left the shower running at her pad in NYC’s Trump Palace -which ended up leaking and making a mess to her neighbor’s place. The suit is for nearly $400k.

Now, let’s take a step back and learn who she really is. Elizabeth Trump Grau is the daughter of Fred and Mary Anne MacLeod Trump. Her father was a successful real estate developer in New York City. Using his inheritance, Fred Trump and his mother Elizabeth founded Elizabeth Trump & Son. Donald Trump later renamed it the Trump Organization and served as its chairman and president until assuming the office of U.S. president. 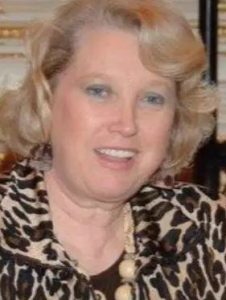 Therefore, Elizabeth Trump Grau, is one of two older sisters of Donald Trump. Actually not many details are known about Elizabeth Trump, she keeps a quiet life. It’s widely known she is married to film producer James Grau. The couple has been married since 1989.
Like her siblings, Elizabeth attended the private Kew-Forest School in Queens. For college, she attended Southern Virginia University in Buena Vista, Virginia formerly known as Southern Seminary College at the time.
She stayed out of the family business, instead going to work at Chase Manhattan Bank. Some reports say she was an executive there, while others say she was an administrative assistant.
She worked for Chase Manhattan Bank, before retiring to Florida with her husband.
She’s been described by her president brother as ‘bright but less ambitious.’