Peter Gade has been identified as a University professor currently under fire for allegedly using a racial slur in class.

Peter Gade is said to have used the N-word while lecturing on technology-related changes and traditional reporting in journalism. The incident was described on the OU Daily, the student newspaper.
The journalism professor told his class Tuesday that saying the phrase “OK, boomer” was equivalent to saying the n-word. According to The Oklahoma Daily; at the time he was discussing changes in the journalism industry with his Journalism, Ethics, and Democracy class. 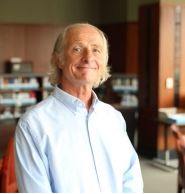 When Gade reportedly told his class that the industry should retain its “more traditional roots,” a student was prompted to argue -that journalists have to keep up with younger generations as they evolve. Gage then replied that the student’s remark was like saying “OK, boomer” to him. He continued “Calling someone a boomer is like calling someone a (n-word),” he said.

Peter J. Gade, according to his profile is a professor who teaches upperclassmen, he has been on the faculty of the University of Oklahoma since 1998. He previously served as area head from 1998-2003 and 2005-2014. He holds a Ph.D. is from the University of Missouri School of Journalism. He also attended Louisiana State University for his master and SUNY Brockports for his Bachelor.
His research which has been published in numerous journals, has also won him awards from the Media Management & Economics and the Newspaper divisions of the Association for Education in Journalism and Mass Communication.

Priro to OU, Peter Gade worked for midsize newspapers in New York state in a variety of news-editorial tasks including bureau chief, assignment editor and reporter.
Gade who is the Gaylord Family Endowed Chair, is in addition co-editor of Changing the News and co-author of Twilight of Press Freedom.

Many have been appalled by the professor’s assertion since ‘Boomer’ can be offensive, but it however is not a racial slur. Therefore they are nowhere near equal.
Since then, the University of Oklahoma has denounced the professor saying he ‘failed to meet the school’s standard of understanding and tolerance.’