Paul Janavs is the husband of Michelle Janavs -a former food exec who was involved in the massive bribing scheme around college admissions.

Paul’s wife and other elites were among 50 parents charged in ‘Operation Varsity Blues’ which came to light in 2019. At the time it was reported that wealthy parents paid $25 million in bribes to get their children into elite American universities.

Michelle Janavs is a “former executive at a large food manufacturer formerly owned by members of her family.”
She was born October 23, 1970. She is described as a former executive in a family business that developed Hot Pockets, that’s where the nickname ‘the Hot Pockets Heiress’ comes from.
Her family makes for one of those great immigrant success story, one that Michelle has surely put a black spot on.
Her family is behind ‘Hot Pockets’ -that microwavable pizza-like culinary convenience that’s been around since the early 1980s.

The 49-year-old was until recently, known as a food executive, well-respected mother and philanthropist. Her father is Paul Merage, who, with his brother, co-founded Chef America Inc., which created the Hot Pockets microwavable snack. 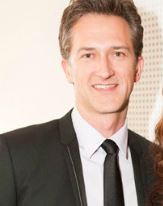 Back in 2013, Michelle Merage-Janavs was listed as a president of the MMJ Foundation, a nonprofit entity. Her family sold Hot Pockets in 2002 for $2.6 billion to Nestle.
Nowadays, she may become a convicted fellon. Today Janavs will be sentenced in Boston after pleading guilty to rigging her daughters exams. She may be looking at two years behind bars.

Michelle is married to Paul Janavs who according to his LinkedIn, works in Food and Beverage Research & Development Consulting. Paul Janavs is also the founder of REV’D PROVISION Co. & YES FOODS, LLC.