Shaye Spell is the lovely wife of Tony Spell -a pastor based in Louisiana making headlines after ignoring public orders and keeping his church open.

Shaye’s husband has kept on holding public services at his church near Baton Rouge. In fact, according to numerous reports, this past Sunday he held a huge service to celebrate Easter with nearly 2k people in attendance.

Spell was previously arrested a couple pf weeks ago, police issued him a misdemeanor summons for six counts after he continued to hold serviced despite the state governor banning gatherings over 50 people last month. 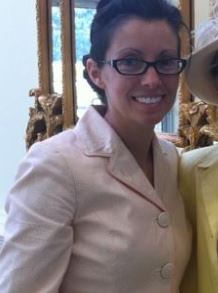 Shaye Spell was born Shaye Morse, she has one brother, Dillon Morse who wrote on social media in their behalf. Shaye’s brother shared that his brother in law and sister are truly committed to loving Christ and that is their only motive for what they are doing. He wrote ‘Call them crazy, or wrong, or misinformed, but they are not mischievous.’

He also wrote that during the riots of Baton Rouge, when even the police didn’t want to go into the inner city, Tony and Shaye Spell, went. In the 2016 floods, Tony and Shaye Spell were a shelter for many. ‘They used their buses to save folks. They returned to build a distribution center for their affected community.’

Shaye Spell and her husband have been married since 1996, together they are the proud parents of three children; Noah Isaac, Chaney Milan, and Judah Cenan.