Ruth’s husband is currently serving 150 years in prison for running a multi-billion dollar Ponzi scheme. However he is asking a judge to release him after serving only 10 years because he is dying of kidney failure.

Madoff is the man who defrauded investors of more than $19 billion in history’s biggest Ponzi scheme. Investors lost more than $19 billion in principal when Madoff’s firm ran out of money in December 2008, unable to raise enough money from new investors to pay withdrawal demands; he pleaded guilty in 2009 to eleven felony charges including: money laundering, perjury, false filings with the SEC and fraud. The 81-year-old is serving his time at a federal medical center in Butner, North Carolina.

Bernie is still married to wife of 61-years, Ruth Madoff. The longtime couple had two sons together, Andrew and Mark. Mark Madoff took his own life in 2010 and Andrew Madoff who battled mantle cell lymphoma, died in 2014 aged 48. 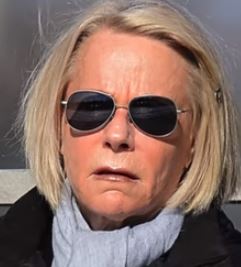 Ruth Alpern was born May 18, 1941; the Queens, NY native studied psychology at Queens College and also attended New York University where she obtained a Master of Science degree in nutrition.
She was 18 when she married her husband and worked as his accountant for sometime.
Ruth Madoff was Bernie’s high school sweetheart and was never implicated in her husband’s crimes. Nonetheless, she agreed to forfeit some $75 million in assets held in her name. The settlement with federal prosecutors back in 2009 left her with $2.5 million.

Ruth who gave an interview in 2011 told NBC that after her husband’s empire began to fall, Ruth Madoff and her husband attempted suicide. She was quoted saying

I don’t know whose idea it was, but we decided to kill ourselves because it was so horrendous what was happening. We had terrible phone calls. Hate mail, just beyond anything and I said ‘…I just can’t go on anymore.’

The longtime wife and mother was highly criticized and even despised for staying with her husband after his arrest. Till this day, Ruth is still dealing with her husband’s swindle. Last year Ruth Madoff agreed to pay $594,000 and surrender her remaining assets when she dies to settle claims by the court-appointed trustee liquidating her husband’s firm.