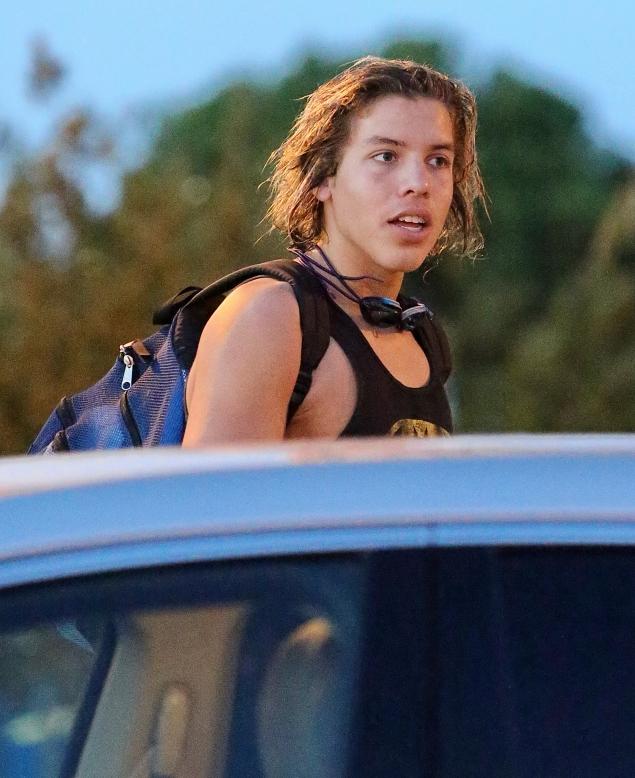 In an interview with Hello! Magazine some years back, Midred says that Maria Shriver, Arnold’s wife confronted her point blank. Mildred said,”I just broke down. I dropped to my knees and I was crying, saying that I was so sorry.” She said that they had only had *** a few times and that she thought she loved him.

Arnold has taken responsibility for his son since he found out that Joseph was his (before it became public), although the fling which occurred in the late 1990’s, was kept secret for years. Arnold has had secret visits with his son, although they haven’t been seen together for years.

The scandal broke in 2011 and shortly after, Maria filed for divorce citing irreconcilable differences. The divorce seems to be on hold as it has not gone forward since then.

Now Joseph is a teen and looking more than ever like his father. He was seen outside a store in Bakersfield walking with his mother. He looks like a happy well adjusted boy. He’s been seen surfing, going to classes, walking his dog, things that any other kid his age would be doing. I wonder if he will ever get to know his half bothers and sisters.