Joan Illuzzi-Orbon was named lead prosecutor in 2018 by the Manhattan district attorney in the criminal case against Hollywood producer Harvey Weinstein.

58-year-old Joan Illuzzi-Orbon is a lifelong Staten Islander who served as assistant district attorney for 27 years up until 2015 when she unsuccessfully ran for district attorney in her home borough.
She had previously been a senior trial counsel in the Manhattan D.A.’s office and head of its Hate Crimes Unit.

Joan Illuzzi-Orbon grew up with her mother, an older sister and a younger brother in Midland Beach. She attended school at St. Margaret Mary’s R.C. Church. She went to college at New York University and St. John’s Law School.
Durign an interview, Illuzzi-Orbon revealed she felt called to become a prosecutor during her second year of law school. 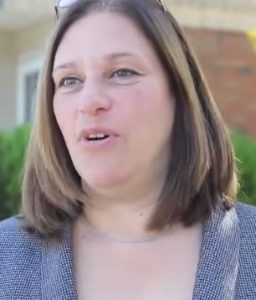 Weinstein won’t be Illuzzi-Orbon’s first celebrity trial. In 2007,she prosecuted a weapons case against rappers Ja Rule and Lil Wayne. The celebrity defendants accepted a plea deal. lluzzi-Orbon is no stranger to high-stakes trials. Perhaps the most famous was securing a conviction for the 1979 kidnapping and murder of Etan Patz, 6, nearly 40 years after Patz disappeared in SoHo on his way to his school bus stop.
In her role as special counsel, Illuzzi-Orbon also designed the Manhattan DA Office’s protocol for responding to terrorist attacks, mass casualty crimes and attacks on critical infrastructure; she also served as chief of its hate crimes unit.

The longtime prosecutor who calls herself a ‘soldier in the army of the District Attorney’s Office’ -has been married to John Orbon -with whom she has two children. John Orbon is a personal injury lawyer.