Becki’s husband recently said on a TV interview that the University will continue holding in-person classes and claimed that the coronavirus is a bioweapon created by China and North Korea to target president Trump.

Jerry Falwell Jr. has been the president of Liberty University since 2007, filling in the shoes of his father, the late pastor Jerry Lamon Falwell Sr.
Jerry born June 17, 1962; earned his Bachelor’s degree in Religious Studies and History at Liberty University. He later attended University of Virginia School of Law where he obtained his Juris Doctor degree and was licensed to practice law in Virginia.
Prior to becoming the fourth president of Liberty University, he worked for around 20-years as a lawyer and a commercial real estate developer. In real estate, his companies developed the pastures adjacent to Liberty University. He successfully recruited national retail and restaurant chains to the area, creating what has become the most vital hub of retail activity within Lynchburg.
In his legal practice, Falwell represented local clients and also served as general counsel for Liberty and its related organizations. 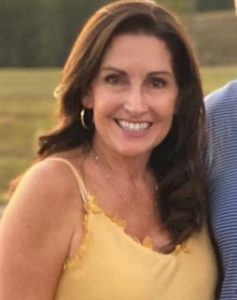 He and wife, Becki Tilley have been married since 1987. The ceremony was officiated by his father.
The two first met when she was in her teens and began dating when she was a university freshman and Jerry was a second-year law student.

Becki Tilley is widely known as Liberty’s first-lady. 54-year-old Becki Tilley who is originally from Winston Salem, N.C.; also attended Liberty University and University of Virginia. She is the daughter of Tom Tilley -who was convicted for his involvement in a scheme to evade paying federal income taxes back in 2015.

Becki and Jerry Falwell are the parents of three adult children; Jerry, Charles Wesley and Caroline Grace. The spouse and mother has also done business with her husband, they both own a building in Miami which serves for the Miami Hostel.
Becki who is often seen in public with her husband is also known for her support to president Trump.