Jennifer Mulford is the Atlanta woman who is making headlines for the way she and her boyfriend spice up their intimacy!

Accoridng to reports, Jennifer Mulford, actually breastfeeds her grown *** boyfriend. She goes the extra mile by taking pills in order for her body to produce the essential baby fluid!

Jennifer Mulford told the during an interview she decided to practice the ‘adult breastfeeding relationship’ after she read about it online. For most it might sound mind-blowing and ridiculous but what Jennifer Mulford and her man do, is actually known as ‘****** lactation.’

According to Mulford she needs to lactate her man every two hours which obviously makes it quite impossible for her to keep a job.

The 36-year-old had to give up her gig as a bartender in order to tend her 39-year-old guy, who by the way loves working out at the gym, can you imagine how much milk a guy like that needs!

If Jennifer does not feed beau, Brad Leeson, every two hours, she runs the risk of her body’s milk to soon wane. Brad who is proud of his healthy lifestyle believes the milk will help him to stay in shape. 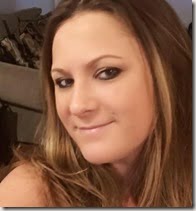 Jennifer reveals after reading about adult breastfeeding relationships, she felt a little envious of the bond that can create between the woman and her partner. She also says she has always enjoyed of her breasts being touched during ***, so she was certain she would definitely enjoy it.

She used dating sites, forums and even put an add on Craigslist and just when she thought she would never find anybody to share an emotional bond with, she found a Brad, an old boyfriend.

She mentioned the idea to Brad, who says he likes big ***** in women, and he was down to try it. Now, Jennifer Mulford believes she has found a partner for life.

The couple hope to get married in the near future, but they have ruled out having any children together. They both have children from previous relationships. Jennifer breastfed her own daughter, now 20, for eight months.

Any thoughts? Would you give it a try?