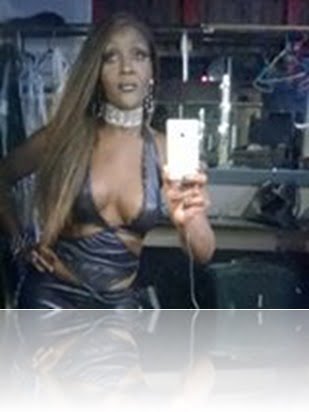 According to the National Enquirer, there is a transsexual prostitute, well former prostitute Jazmena Jameson who claimed about having a sexual romp with O.J Simpson, little does he knows that Jazmena is HIV-positive.

“I used to be the lead porter for the laundry, so I was responsible for O.J.’s laundry,” Jameson said. “I would deliver laundry to his room.”

“I went in there, and we were just … flirting. I’m very flirtatious like that,” she said. “I ended up teasing him, dancing for him … I walked up on him and said, ‘You can stop me if you want to.’ I knew he wasn’t going to stop me … Then it was too late …”

“I kept talking to him and it got harder,” she said. “I gave him oral *** … I made sure he reached his climax. I’m HIV positive. I have to be really careful,” she admitted. “I guess that wasn’t being completely careful.”

“It would have been an extremely small chance”

And to sum it up, sources are now saying O.J could be death in a month.