Harjot Sandhu is the widow of hedge fund manager, Sanjay Valvani. Her husband who was charged just days ago with insider trading at Visium Asset Management, took his own life reports say.

44-year-old Valvani was found dead at his home in Brooklyn where a knife and a suicide note were also found. It is believed he died of a self inflicted slash to the neck.

Sandhu’s husband was put on a leave last April, he was accused of reaping more than $32 million from trades in drug companies using secret tips, according to federal prosecutors. Valvani’s lawyer, Barry Berke, said his client was innocent of the charges.

Sanjay Valvani is survived by his wife and their two children. It was Harjot Sandhu who discovered Valvani’s body in their bedroom Monday evening.

Her husband comes from humble beginnings in India. His parents’ academic aptitudes offered them the opportunity to attend the University of Michigan in the 1960s.

After growing up in Kalamazoo, Valvani began his undergraduate education at University of Michigan, then transferred to the University of North Carolina-Chapel Hill to study Health Policy & Administration. Post-graduation, Valvani spent four years working as a health care consultant in Chicago and San Francisco before attending Fuqua and looking to transition to Wall Street. With the Health Sector Management program’s top reputation, Fuqua was a prime choice to support that transition.

From his summer internship at Bear Stearns in 2000, Valvani joined Salomon Smith Barney/Citigroup for full-time employment upon graduation in 2001 from Fuqua School of Business. Valvani continued to develop his career and shape the future for the companies that employed him. At Salomon, he covered the Specialty Pharmaceutical sector as a sell-side associate and then joined Jacob Gottlieb, who was a Portfolio Manager at Balyasny Asset Management (BAM), in May 2003.  He joined as a pharmaceutical analyst and was promoted to Portfolio Manager in 2005. In 2006, he was named Partner.

Gottlieb and Valvani and other members of the team eventually spun out to form Visium Asset Management. Visium has since grown to a 130-person, $5+ billion multi-strategy hedge fund. There, Valvani leaded a five-member portfolio team with a focus on the global pharmaceutical sector. 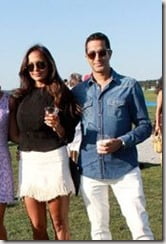 44-year-old Harjot Sandhu, also known as Jot Sandhu, is a former first-grade teacher/reading specialist. She and her husband shared strong value on education, according to an article which points out, Sanjay’s endowing two scholarship funds.

Not much details are known about Harjot Sandhu, according to online info, she and her husband enjoyed of outings together, including Broadway plays and after parties. Harjot Sandhu is the mother of two young girls.

We send our condolences to Harjot Sandhu, her children and the rest of her family.