Former NY Governor, Eliot Spitzer has found himself in another scandal. The 56-year-old is currently under investigation after he allegedly assaulted a woman over the weekend.

Spitzer resigned as New York’s governor in 2008 in the wake of a prostitution scandal. He lost a bid for city comptroller in 2013.

According to recent news outlets, Eliot Spitzer and his victim were at the Plaza Hotel on February 13th,

according to the woman –who is yet to be identified but sources say is from Russia –he chocked her inside a room at the Plaza Hotel on Saturday.

The former governor has not been charged with any crime and a spokeswoman for Spitzer denied the allegations. The question remains, who is Eliot Spitzer’s Russian Assault Victim?

Police arrived at the hotel on Saturday after receiving a call from an emotionally disturbed person. Sources say she was taken at the hospital with self inflicted wounds to her wrists.

She told cops she had gotten into a verbal argument that turned physical with Eliot Spitzer –who according to CNN, is said to have showed up at the hospital.

She is said to  be going back to her homeland. Other sources say they had some sort of romantic relationship and the 25-year-old Russian, intended to leave him. The theory could explain why Spitzer went berserk on her. 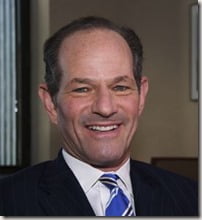 Eliot Laurence Spitzer was born June 10, 1959 in New York City. The son of a a self-made wealthy developer father and an English literature professor, mother.

The Harvard Law School graduate worked his way up in the Manhattan District Attorney’s office. He was elected New York Attorney General in 1998 and in 2006 he became governor. Ironically, he was known for his strict ethics and persistence, before his 2008 scandal.

The operation identified him as “Client 9,” who had spent $15,000 on call girls. Investigators found he had spent no public funds on prostitutes, and he faced no charges in the case.

In 2002 he had a glorious period when he uncovered emails revealing that Merrill Lynch was riddled with financial conflicts of interest that affected its advice to customers. Merrill Lynch settled out of court for $100 million. 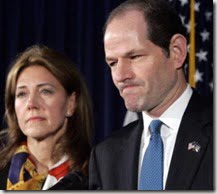 At the time of the prostitution scandal, he was married to Silda Wall –who he met while attending Harvard Law School. The couple tied the knot on October 17, 1987. Silda is also the founder of Children for Children, which helps children volunteer to benefit other children. The couple divorced in 2013 and share three adult daughters.

Will Eliot Spitzer be respected ever again? Who is Eliot Spitzer’s Russian Assault Victim? Was it a secret girlfriend? Comment below.