Edgar’s wife is the daughter of who was once Mexico’s most-wanted drug lord, Joaquin El Chapo Guzman and who is currently serving a life sentence at a supermax prison in Colorado.

Her father is credited with rebuilding the Sinaloa cartel into one of the biggest trafficking empires in history.
Her mother is El Chapo’s first wife, Maria Alejandrina Hernandez Salazar. Who has also been in trouble with the law; she was identified as Joaquin Guzman’s wife when The U.S. Treasury Department imposed financial sanctions on her in 2012. Her parents wedded in 1977 and Alejandrina had at least three more siblings, César, Iván Archivaldo and Jesús Alfredo.
Her parents divorced and her father married at least two more times fathering at least 6 more children. The majority of his children have followed him into the drug business.

As for Alejandrina Gisselle Guzmán -she is said to have trademarked her father’s image and recently launched a line of clothing, “El Chapo 701,” and has announced plans to sell “El Chapo” beer.
33-year-old Alejandrina tied the knot to Edgar Cazares last month in a lavish ceremony that included fireworks; at a secured Mexican cathedral in Culiacan. The groom was seen arriving in a white bulletproof limo. 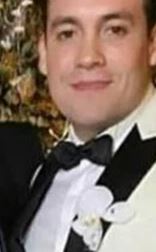 Édgar Cázares is the nephew of ‘The Empress’ -real name Blanca Margarita Cazares, an alleged cartel money launderer. According to Reforma, Edgar’s aunt was sanctioned by the US Treasury in 2007 for her “sophisticated money-laundering apparatus”.
In addition, Edgar Cazares also has links to Ismael “El Mayo” Zambada García and Victor Emilio Cazares-Gastellum of the Sinaloa cartel.

Edgar is said to have popped the question to Alejandrina during a ski trip.