Danielle Patti is still trying to get herself a peace of singer, Chris Brown, unfortunately, things aren’t really working out for the gal.

Recent reports say, Danielle Patti has been ordered by a judge to get a mental check up, after she was arrested for trespassing at Chris’ home for the second time since December.

Chris currently has a 100 yard restraining order against her after Patti allegedly begged the hit singer for ***!  Danielle’s been in jail since last week.

According to TMZ, Danielle Patti was in court Friday for a bail hearing when the judge gave the order.  Patti tried to speak directly to the judge — declaring she wanted to dump her attorney and represent herself — but the judge wasn’t having it.

The two have history, not the kind you might think, but the kind there is between a super star and a major, creepy stalker. 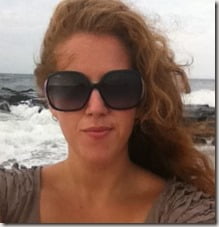 Back in March Chris took legal steps to never, ever see Danielle Patti, 27, again, especially after she broke into his place to make vulgar and obscene demands on the “Royalty” singer!

Danielle Patti was first arrested on April 29 for allegedly trespassing at Chris’s place. Danielle just didn’t drop in to chat, as Chris claims that whenever she shows up, she shouts things like “Chris, are you going to eat my p****” and “I love you.” It seems she’s taken Chris’s raunchy lyrics a little too literally. Danielle also blasts Chris’s music whenever and wherever. She reportedly hid outside of Breezy’s home and snuck in around 3:00 A.M., before security snatched her up. This was the second time she tried this stunt, as she broke into Chris’s house in December 2015!

Danielle Patti hit back with claims she received threatening text messages from Brown, she also said he threatened to kill her. Her case was quickly dismissed after she couldn’t provide proof of her claims.

Patti, who claims she used to date the “Love More” artist, failed to provide any such messages in court, reportedly telling the judge she deleted them because they freaked her out and she “didn’t want the memories.”

According to her LinkedIn, she is ‘actively seeking employment.’ She attended Saint Raphael Academy, and oddly enough, holds a Bachelor’s degree in Psychology from the Rhode Island College.