Connor Golden has been identified as the teen who suffered horrible injuries after an explosion in Central Park over the weekend. The blast which is not linked to terrorism, caused 18-year-old Connor Golden to lose his foot.

Accoridng to authorities, Connor Golden had just climbed down off a rock when he stepped on the device. The college student was spending the afternoon near E. 60th St. and Fifth Ave. ahead of the fourth of July when the incident took place at about 10:52 a.m.

Police believes someone tried to set it off on Friday and that someone left it there after it didn’t went off. Furthermore, police officials believe the explosion could have been an experiment with fireworks or homemade explosives.

Connor Golden was accompanied by two other male friends, after hearing the blast, one of them said:

“I turned around and saw him on the ground with his foot bleeding. It just demolished his foot. His foot was mutilated.” 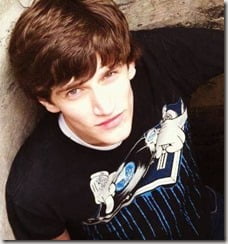 Connor’s friends told police they did not have explosives or fireworks with them. It appears the device Golden steeped on was pressure sensitive and was not made of gunpowder, but of rudimentary chemicals, the high-ranking police official said.

His friend also revealed, that he and his two high school buddies, who all play music, arrived from Virginia on Saturday and had brought equipment to do slacklining, a type of tightrope walking, in the park.

Connor Golden of Fairfax, currently studies music engineering at the University of Miami. His friends described him as a tough guy who took the incident pretty well, telling them to ‘get help’ at the time of the explosion, Connor was conscious through the ordeal.

According to his Facebook page, Connor Golden is originally from Silver Spring, Maryland, in the Washington, D.C. area. His Facebook includes links to music he has created. You can check out the work of the talented and creative teen here. Connor Golden has an older brother named, Grant Golden.

Medics took Golden to Bellevue Hospital, where he underwent surgery and is in stable condition; while the bizarre explosion is still under investigation.