Chris Henkey is the British Airways pilot who is being praised after his actions saved a plane carrying over 100 people!

Shocking video footage and photographs show the 159 passengers and 13 crew members fleeing the flaming plane Chris Henkey was in charge of.

Fourteen people had to be taken to local hospitals to be treated for minor injuries.

A fire broke yesterday in a Las Vegas runway at McCarran International Airport in Nevada, plumes of black smoke escape into the Nevada sky; Chris was at the controls of the Boeing 777 and was taxiing to take off the 2276 flight when a he aborted take-off due to a massive explosion.

Mr. Henkey then brought the plane to a standstill so the passengers could escape the blaze, they had to use the emergency slides to evacuate the plane. 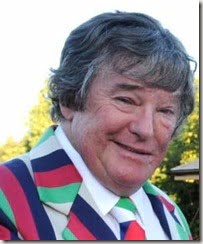 Now the 63-year-old who is said to retire next week, can add a major achievement, that of a hero. Chris Henkey has worked as a pilot for 42 years. He is a former publican who once ran the Hatch Gate Inn in Burghfield. He attended the College of Air Training –which no longer exists.

He is married to wife, Lenka, 40, and was previously married to ex-wife Marnie with whom he has a daughter named Charley who is a 26-year-old Chiropractor. His ex-wife and daughter both expressed how happy they were to hear he is safe.

Chris Henkey who resides in Padworth, was in route to London when the sinister occurred. The seasoned pilot can be heard in a recording saying: “Mayday, mayday, Speedbird 2276 request fire services” A few second later, he added: “We are evacuating on the runway. We have a fire. I repeat, we are evacuating.”