Andrew Golis is the husband of feminist evangelist & author, Jessica Valenti. He and his blogger wife, woke up to a horrible threat made against their small daughter.

Valenti revealed on her Twitter account she was taking a break from social media, after she received rape and death threats directed to her five-year-old.

Andrew’s wife happens to be a leading and influential voice in the feminist world. She is a columnist at the Guardian US. and the award-winning founder of Feministing.com.

A wife and mother, Valenti is also a New York Times bestselling author and a sought-after speaker. She is the author of four books on feminism, politics and culture. Her newest book is, *** Object.

You might have seen her on TV as well. Valenti often appears offering commentary by the likes of Stephen Colbert, CNN and MSNBC. Last year however, she admitted if she had to do it again, she’d considered anonymity. The around-the-clock abuse has taken its toll.

Jessica Valenti was born on November 1, 1978. She received her Masters degree in Women’s and Gender Studies from Rutgers University. 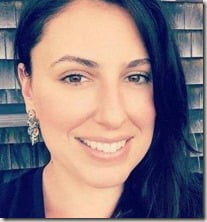 Jessica founded Feministing.com, which Columbia Journalism Review called “head and shoulders above almost any writing on women’s issues in mainstream media.” Her writing has appeared in The New York Times, The Washington Post, The Nation, and others.

She has won an IBIS Reproductive Health Evidence in Activism Award, a Choice USA Generation award and the 2011 Hillman Journalism Prize for her work with Feministing.

But no matter how little she thought of marriage and whole notion about a woman belonging to a man, she ended in the same path.

According to a NY Times article on her wedding, Andrew Golis first contacted Valenti in the hope that she would contribute to Talking Points Memo, –the political news Web site he worked for back in 2007.

Santa Rosa, Calif., Golis –is a Harvard graduate –reached Valenti by email. And after meeting at a Brazilian restaurant, he was hooked by “brilliant and funny and beautiful Valenti” and she was impressed with “How many men are well versed in feminist politics?” Golis.

Andrew Golis is almost five years younger than Valenti. The couple married on Oct. 3, 2009; at a private Hudson Valley estate in Marbletown, N.Y.

According to his profile, Andrew Golis is the CEO and founder of This. Before that, he was Entrepreneur in Residence at The Atlantic, which is where This. started. And before that he played editorial and strategic leadership roles at FRONTLINE, Yahoo! News and Talking Points Memo.

Check out his LinkedIn here.

Golis resides in Brooklyn with his wife, daughter and dog.