Ana Santiago is the devastated mother of deceased, Noelia Echavarria. Santiago lost her little daughter after the seven-year-old, choked on a sandwich on Oct. 21.

Ana Santiago’s daughter, was waiting for her afterschool program to start at PS 250 in Williamsburg on Oct. 21 when she tragically choked on her lunch.

Staffers failed to  help the first grader who instead called Ana Santiago. The worried mom then-turned to the girls uncle who was just a few blocks away.

Noelia’s family says, staffers were slow to respond, and the girl was brain dead by the time she got to the hospital. Little Noelia died after 10 days on life support.

The family’s belief that the school’s to blame was bolstered earlier this month, after they received an anonymous letter claiming safety staffers there had not been trained properly, the Daily News reports.

The lawyer for Noelia’s family is planning to file a wrongful death suit against the city early next year.

Today, Noelia’s uncle, Alex Santiago, –who went to the school to find little Noelia lying on the floor of a school hallway, lifeless and covered in blood –told reporters during a press conference:

“At the end of the day, you’re supposed to be trained for that. And it’s not just the teachers’ fault or the principal, it’s the company who was supposed to train them, too.” 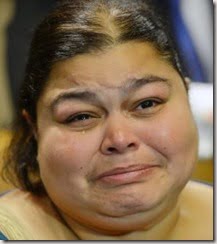 “Please be advised that this student was not helped and provided lifesaving CPR due to none of us at the school being properly trained. … Emergency Skills Inc. does not properly train employees and the trainers give passing grades to staff who are not passing the course, and more importantly, issuing certifications to staff who did not attend the CPR courses,”

The anonymous letter is described as deeply troubling by the family’s lawyer. According to Alex Santiago, the family has suffered with their loss and does not want another family going through the same tragic situation.

She told reporters, “Why, why couldn’t the school help her?” “It’s the school’s fault.”