36-year-old Aja Scott is late Bobbi Kristina’s cousin on her father’s side. Reports say Aja got flowers and a toy stuffed lion for Bobbi Kristina but when she attempted to enter the private service at Fairview Cemetery in Westfield,  she was denied the entrance on orders from Pat Houston.

Scott is the daughter of Bobbi Kristina’s aunt Leolah Brown. Her mother and Pat Houston are not in the best terms. According to TMZ, Brown got up during Bobbi Kristina’s memorial service right during Pat’s speech, saying “Pat, you know you are wrong for this,” and telling reporters outside: “Whitney will haunt Pat Houston from the grave. She will haunt her. Pat, it’s not over. It has just begun. It has just begun.”

Aja, According to Page Six said she and her mom are being treated “like the side that wants money out of it. Money doesn’t matter. It’s Bobbi Kristina that matters. All the money in the world can’t bring her back.”

She also added her mother is having a hard time with the death of Bobbi Kristina. The long time family feud between the Houston’s and the Brown’s is not really new but it does have a new chapter, several members of the Brown family are not happy with Pat asking for funds instead of flowers for her charity. 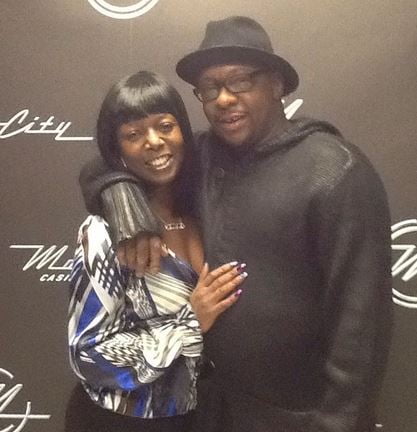 PinAccording to online records, Aja J Scott is 36-years-old, she resides in Freehold, NJ and her relatives include Natasha, William, Karen and Ernest Scott.

Her mother Leolah, is the sister of Bobbi Brown. You can find her on Facebook here.