Abdel Malik Petitjean has been identified as the second teen involved in the killing of French priest, Jacques Hamel.

19-year-old Abdel Malik Petitjean and Adel Kermiche shocked the already grieving French people as they attacked the 84-year-old priest at the altar while saying Mass earlier this week.

The second terrorist blow in the same month following the the attack on Bastille celebrations.

The two men butchered father Hamel while forcing a member of the congregation to film the killing. They took a number of hostages including nuns. After slitting Jacques Hamel’s throat, they attacked another man who was left with serious injuries. They were later shot while shouting “Allahu Akbar”

Outlets say it took longer for Abdel Malik Petitjean to be properly identified because his face was left destroyed after he was shot by police. His severe injuries made it too difficult for visual identification, though his ID had been found of the family home of Adel Kermiche.

According to the Sun, both men appear in a video released by ISIS in which they can be seen pledging their alliance to the group’s leader Abu Bakr al Baghdadi.

Shortly after the attack, the terrorist group released a statement saying both Kermiche and Petitjean belonged to the group and called them soldiers. 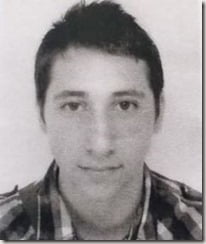 According to French media, Abdel Malik Petitjean had recently finished his secondary education in the vocational school Marlioz Aix-Les-Bains. He had no problems in school and earned his BA in 2015.

Just like, Kermiched, Abdel Malik Petitjean is said to have been already on a radicals’ watch list. He had also attempted to reach Syria in the past. According to the Huffington Post he traveled to Turkey on his way to Syria.

Abdel Malik Petitjean born Abdel-Malik Nabil Petitjean, was identified through DNA testing. His mother, Yamina Petitjean, provided samples in the identification process. In an interview the mother described him as a ‘good French-man’ adding “he’s soft” the UK Mirror reports.

Yamina Petitjean defended her son and was quoted saying “He’s not at all the monster that people want us to believe.”

Prior to the DNA results, Petitjean’s mother told BFM television: “I know my kid, he is kind. I did not produce a devil. He never talked about IS”