Edoardo Mapelli Mozzi is the husband of Princess Beatrice, the eldest daughter of the Duke and Duchess of York.

Princess Beatrice and her husband Edoardo Mapelli Mozzi tied the knot on  Friday, July 17, 2020; the wedding took place at The Royal Chapel of All Saints at Royal Lodge, Windsor.

“The small ceremony was attended by The Queen, The Duke of Edinburgh and close family,” the statement continued. “The wedding took place in accordance with all relevant Government Guidelines.”

Buckingham Palace released a stunning photo announcing their engagement last September; Beatrice – the Queen and the Duke of Edinburgh’s granddaughter – is ninth-in-line to the throne, and a cousin of the Duke of Cambridge and the Duke of Sussex.

Mozzi and Beatrice made their first public appearance at the National Portrait Gallery’s 2019 Gala. Not long afterward, they were spotted holding hands in New York City. Is not clear when the two began dating with sources saying it was las autumn but they have been acquaintances for some time.

So, is safe to say they frequent the same circle. His stepdad was Chris Shale, a senior Tory and close friend of David Cameron; who died from heart disease at the Glastonbury Festival in 2011. 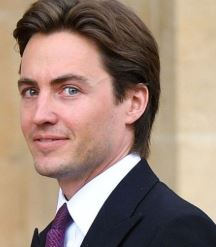 He attended the prestigious Radley school in Oxfordshire before studying for a Masters’s in politics at Edinburgh University.

The 37-year-old is known as a property entrepreneur, he founded real estate firm and architecture/design studio Banda in 2007 and serves as its CEO to this day. The company specializes in finding and developing homes for wealthy clients. Mozzi is reportedly a multi-millionaire.

This makes him even more suitable for Beatrice is that he is also into charity. Mozzi is behind Cricket Builds Hope (CBH); an organization that teaches Rwandans how to play cricket.

According to its website, “CBH harnesses the power of sport to promote reconciliation and tackle deep-seated social issues like gender inequality through specially tailored sessions run by CBH’s cricket coaching team.”

However, Mozzi is already a father; he has a young son named Wolfie, from a previous relationship with ex-fiancée Dara Huang—meaning that Beatrice will be the first royal stepmom.