Ben Mulroney is the handsome husband of Canadian fashion stylist, Jessica Mulroney -who is well known as the close friend of actress turned royal, Meghan Markle.

Ben’s wife is known as a renowened fashion stylist and bridal expert. For the 2018 royal nuptials between Meghan and prince Harry, it was Jessica who flew in early and was on-hand for final dress fittings. In addition to assisting with the dress, Muroney also helped “with several other wedding day elements.” She was even described as Meghan’s secret wedding planner.

She was born Jessica Brownstein, a member of the Brownstein family behind Browns Shoes. In addition to her close friendship with the now Duchess of Sussex, Mulroney is also well known for dressing Sophie Gregoire-Trudeau, the wife of Canada’s prime minister, Justin Trudeau.
The 40-year-old has had a long career in public relations and fashion design. She is also the co-founder of the Shoebox Project, a non-profit organization which collects and distributes personal items for women in crisis. 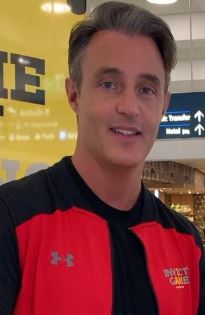 She’s married to Ben Mulroney -and if the last name sounds familiar that would be because he is the son of former Canadian Prime Minister, Brian Mulroney.
Together they are the proud parents of three adorable young children, 9-year-old twins, Brian and John; as well as 6-year-old daughter Isabel who goes by Ivy.

Benedict Martin Paul Mulroney was born March 9, 1976 in Montreal. He has a bachelor of arts degree from Duke University in North Carolina and a bachelor of laws degree from Université Laval.
Ben Mulroney left politics aside and is know for his career in broadcasting. In fact, he’s said in the past he is not interested in becoming Canada’s next PM. He has worked in television and radio for nearly two decades.

Ben Mulroney began his career as an entertainment reporter as the Quebec City Correspondent for The Chatroom in 2000 and became a co-host on the show in 2001. He was later named an entertainment reporter for CTV’s Canada AM, before becoming the Host of etalk in 2002.
The 43-year-old currently serves as the cohost of etalk. In addition he co-hosts Your Morning on CTV since 2016. Check out his website here.