The blonde physician and non-profit founder is said to have received a more than generous amount of money from her father’s State Department.

According to the Daily Caller, the State Department funneled more than $9 million through the Peace Corps into a nonprofit started by Vanessa Kerry.

Reports has it that, Dr. Vanessa Kerry and officials from the State Department and the Peace Corps created the Global Health Service Partnership, then awarded the money to a nonprofit that Kerry created for the Peace Corps program. Want to know more about her?

Vanessa Bradford Kerry was born December 31, 1976. She is John Kerry’s younger daughter by his first wife. Her older sister is, filmmaker, Alexandra Forbes Kerry. Their mother, Julia Stimson Thorne was married to John Kerry from 1970 until 1988. Thorne died of cancer in 2006. 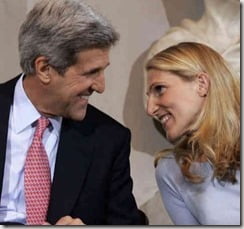 She earned her Master’s in Health Policy, Planning, and Financing from the London Schools of Economics and of Hygiene and Tropical Medicine.

The physician, wife and mom of two, describes on Twitter she ‘works to improve global health.’ 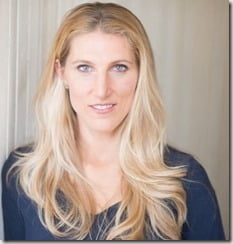 According to Harvard.edu., Dr. Kerry is the founder and CEO of Seed Global Health, a non-profit that partners with the Peace Corps to build capacity of developing country health systems by deploying health professionals as educators. She is also a physician at Massachusetts General Hospital and serves as the Associate Director of Partnerships and Global Initiatives at the hospital’s Center for Global Health.

Vanessa is also the director of the Program in Global Public Policy and Social Change in the Department of Global Health and Social Medicine at Harvard Medical School. 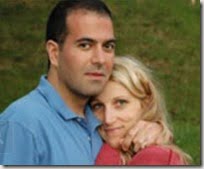 As for her personal  life, she has been married to neurosurgeon Brian Vala Nahed, since 2009.

According to the NY Times, the couple met in 2005 while taking a morning break after rounds at Massachusetts General Hospital.

They got engaged in 2008 and together they are the parents to two young children. She gave birth to a son in 2012. The couple welcomed a baby girl in 2015.

Due to his Iranian heritage, their marriage has been criticized with reports saying John Kerry’s position on Iran may be related to his relation with an Iranian family.