Rhonda’s representative husband is the one who had scores of lawmakers travel to Washington to take a recorded vote as opposed to a voice vote, in order to pass a $2 trillion coronavirus relief package. He was stopped by colleagues after he tried to derail the bipartisan stimulus bill, when House approved the package.
Massie entered Congress in 2012 after serving as Lewis County Judge Executive. He represents Kentucky’s 4th Congressional District which stretches across Northern Kentucky and 280 miles of the Ohio River.

Rep. Massie has been happily married to wife Rhonda Massie for over two decades. 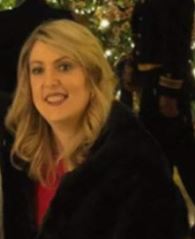 Rhonda Massie met her future husband while they both attended high school in Vanceburg. The high school sweethearts became husband and wife in August of 1993.
Since then Rhonda Massie has given birth to four children, Elizabeth, Mason, Justin and Sarah. Daughter Elizabeth went to Lewis County High School and attended University of Louisville. Mason Massie is currently a student at Massachusetts Institute of Technology (MIT); and Justin Massie who graduated from Lewis County High School is currently serving in the Army.

Rhonda Massie was born Rhonda Howard, like her husband, she attended MIT and graduated with a mechanical engineering degree in 1995. While they were still MIT students, the couple launched their own tehcnology company, SensAble Technologies. The software created at SensAble Technologies “is now used to design automobiles, jewelry, shoes, dental prosthetics, and even reconstructive implants for wounded soldiers.”

Another interesting facts about the couple is that they designed and built their own home -which ralies partly on solar power. Rhonda her husband and children live on a cattle farm in Kentucky -which is partly owned by Rhonda and has been estimated at about 5 million.
The company is called Howard Massie Farms LLC. Its work is described as “Agricultural Production – Livestock and Animal Specialties” on the registered documents.