A couple of years ago, Debbie had to step down from her role as chairwoman of the DNC at the end of the party’s convention, amid the release of thousands of leaked emails showing DNC staffers favoring Hillary Clinton over Bernie Sanders in the party’s 2016 primary contest.

Steve’s wife is also known as the “clean cooking congresswoman” in part due to her 2007 breast cancer diagnose.

Steve Schultz a former banker, has been married to Debbie since 1992. Together they are the parents of three young children: Rebecca, Jake and Shelby.

Now married, Schultz no longer has his career as a banker. Steve Schultz is a supportive husband of his wife’s career. He left his job in the banking world and looks after the couple’s children by staying at home with them, he is a proud stay-at-home dad. 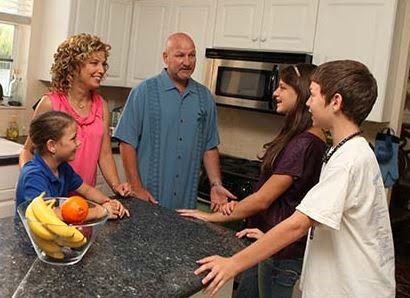 She refers to Schultz, a former banker, at “St. Steve” for all that he does. On the couple’s 25th anniversary, Debbie shared a photo of their wedding and captioned the photo

25 years ago today, we began our lives together. Today, we are raising three kind, smart children and he’s still my best friend and the love of my life. We’ve been through so many of life’s joys and challenges – children, illness, great fun and rough patches – the normal highs and lows and I know we have survived and thrived because when all is said and done, we have each other. This photo is of my husband breaking the glass at our wedding, which for Jews symbolizes the destruction of the Temple in Jerusalem and that life holds sorrow as well as joy and that we must take care of the relationship so that it can endure. I still remember how full my heart was that day and it remains so today. I remain the luckiest girl in the whole world.

According to reports, Wasserman Schultz may have a negative net worth due to several crushing debts.

It has been reported by ABC News that Wasserman Schultz and her husband Steve Schultz have two mortgages, a home equity line of credit over $250,000 and credit card debt over $15,000.

The Congresswoman and her loyal family are proud to call South Florida home, where they reside in Weston. Steve Schultz and his family are big Gator fans and also have five dogs.