Meet Stephen Bannon, the man appointed by president-elect Donald Trump, as his chief White House Strategist. You’ve probably been hearing a lot the name of Stephen Bannon in the past few months.

Back in August, he became chief executive officer of the 2016 presidential campaign of Donald Trump.

The 62-year-old businessman and alt-right media executive has been described as “the most dangerous political operative in America.” With Donald Trump’s recent appointment, Bannon has been given the second most influential job in the White House.

The appointment marks the pinnacle of a remarkable career that has seen Mr Bannon stage a series of  reinventions. He has gone from working class Navy man to Goldman Sachs financier, Hollywood producer and then king of America’s Right-wing media.

He was born Stephen Kevin “Steve” Bannon, on November 27, 1953 –into a poor family in Norfolk, Virginia. Mr Bannon grew up in sight of the naval yard and signed up on leaving college, spending four years at sea aboard a destroyer. Deployed to the Arabian Sea and Persian Gulf in 1979.

Mr Bannon left the navy and studied for an MBA at Harvard Business School, landing a job at Goldman Sachs.

In 1990 Mr Bannon left Goldman Sachs to start up an investment firm with a couple of former colleagues, and Bannon & Co was born.

His company ended up working on MGM’s studio financing, and handling the acquisitions when Polygram Records moved into the film business.

Along the way, Mr Bannon ended up with a stake in a fledgling television show, Seinfeld.

By then he was rich, and moved into Hollywood productions himself.

Bannon began receiving conservative media attention for his documentary Generation Zero. And he began elevating his profile by latching onto Michele Bachmann with his documentary Fire From The Heartland. But he truly insinuated himself into the circles of conservative power by making a 2011 documentary about Sarah Palin, The Undefeated.

He soon began appearing on Fox News with Sean Hannity fairly regularly, became personal friends with Hannity, and met Andrew Breitbart. He insinuated himself into Breitbart’s business by lending him office space, then made a documentary starring Breitbart, Occupy Unmasked. When Breitbart died, his business partner Larry Solov offered Bannon chairmanship of the company. Bannon then turned Breitbart into his personal domain, making himself a regularly bylined columnist and installing himself as a radio host on Breitbart Radio on Sirius XM.

On a more personal note, Stephen has been married three times and is the father of three adult children. Keep reading to know about his wives and children.

The couple ended in divorce at some point, not many details about their relationship are known.

He went on to wed second wife, Mary Piccard in 1995. His second marriage also ended in divorce two years later in 1997. 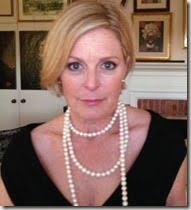 The couple allegedly had arguments about where to send their children to school. She claimed in a sworn statement in 2007 that Bannon made three separate anti-Semitic remarks when they were choosing a school for their daughters.

The charges were later dropped after Piccard did not appeared to court.

Bannon made Tea-party activist, Diane Clohesy his third wife. They divorced in 2009. 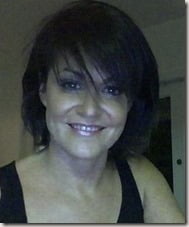 Bannon is the father of three daughters.

His first born is Maureen Bannon, from his first marriage to Cathleen Houff Bannon.

He is also the father of 21-year-old twin daughters Emily and Grace -from his second marriage to Mary Louise Piccard. 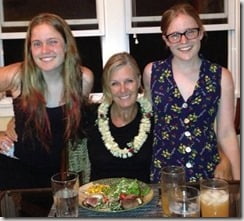