George Papadopoulos is the former Trump adviser who pleaded guilty of lying to the FBI about the timing of meetings with alleged go-betweens for Russia.

Amid Paul Manafort’s indictment, George’s plea agreement became public. The hunky 30-year-old was arrested last July at Dulles Airports and has been cooperating with Robert Mueller’s investigation on alleged links between Russia and the Trump campaign.

When he was interviewed by the FBI this January, he falsely claimed that he had met two figures with Russian connections before joining the Trump campaign in March 2016. In fact, he met them after joining the campaign.

According to his indictment, George Papadopoulos learned from his connections that Russia claimed to have “dirt” on Democratic candidate Hillary Clinton in the form of “thousands of emails.”

George Papadopoulos is an international energy lawyer hailing from Chicago. He was Trump’s foreign policy adviser during his presidential campaign. Trump even tweeted a photo of George and his team back in April 2016. 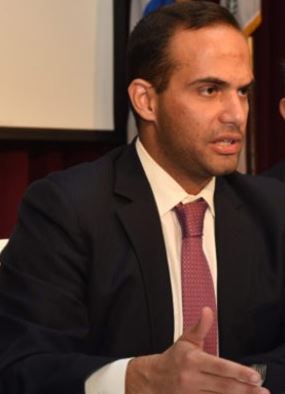 The Chicago, Illinois native is a 2005 graduate of Niles West High School in Skokie, Illinois. According to his LinkedIn, from 2005 -2009 he attended DePaul University where he studied a Bachelor of Arts in Political Arts & Government. He also earned a Master of Science from the University of London in 2010. At the time his studies focused ‘on the deleterious effects of low governance and state capacity levels in the Middle East.’

He began his career working as a Research Analyst for the American Hellenic Institute in 2008. From 2011 until 2015 he worked for the Hudson Institute as well. In 2015, he was a speaker to Tel Aviv at Israel’s Energy and Business convention. He also worked in London for Energy Stream as an oil and gas Consultant.

That same year he became the Advisor to U.S. presidential candidate Ben Carson. After Trump became President of the United States in January 2017, Papadopoulos worked as an independent energy and policy consultant. During this time he also lobbied for Israeli energy cooperation and later even met with Israeli settler leaders when Trump was president-elect. 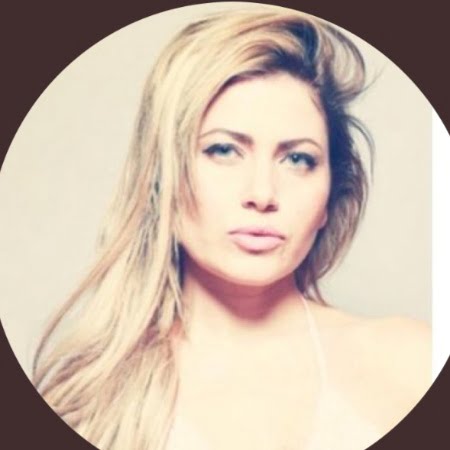 Now, Papadopoulos’s girlfriend is the lovely Simona Mangiante, yes, the blonde stunner with him in the photo above; and the same gal who defended him on national television.

“George is very loyal to his country,” Simona Mangiante told ABC News chief anchor George Stephanopoulos in an exclusive interview. “He is already on the right side of history. I think he will make a big difference.”

“First of all, I would love George to learn how to make a coffee, because it’s absolutely out of his skills,” she joked. “George is a remarkable young man with incredible experience in the field of energy and oil policies. This experience led him to get into the campaign and to advise the president at only 28 years old.”

Simona Mangiante holds a Master’s degree in international relations and affairs from the Universite libre de Bruxeles; she also studied law at the University of Law, Federico II; in 2007, she worked on an exchange programme, in comparative law from the New York University.

Simona is nowadays an independent International lawyer and government advocate, prior to that she was the director of international and diplomatic cooperation at the London Center of International Law Practice.

She worked seven years as the administrator of Parliament Body of Presidency Office at the European Parliament; she also spent a year working for Versace in Paris and before that, Ms. Mangiante was an associate for Mayer Brown.

According to her biography; Simona is a lawyer in international law. Specializes in the abduction of minors; director of the project on the protection of minors following separation at the Center for International Law in London, former manager of the Office of the European Ombudsman.