Susanne Thier is the proud girlfriend of Austrian politician, Sebastian Kurz. Her man is set to become the country’s youngest leader.

Kurz who is the former Foreign Minister and head of Austria’s People Party, has declared victory in a national election that puts him on track to become not only his home country’s youngest ever chancellor but also, the world’s youngest leader.

Mr. Kurz has rocketed up the ladder in Austrian politics, entering government in 2013 as the foreign minister just three months after being elected to its parliament. He has quickly established himself as a fervent skeptic of the expanse of the European project, and he has not been afraid to lambast its failings after Britain voted to leave it.

Kurz was born in Vienna, where he still lives, on August 27, 1986. He attended the University of Vienna –where he earned his law degree –and also completed Austria’s compulsory military service. 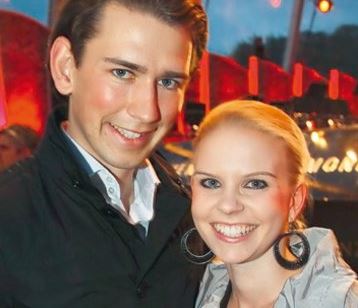 He began his career as a member of Vienna’s city council –while there he focused on pensions and intergenerational fairness. Kurz is yet to be married, however, that soon may change as he is dating the lovely Susanne Their.

Susanne Thier also an Austrian native, met Kurz while in her teens, however, is unclear when exactly they began dating. The couple is fairly private about their life outside politics. 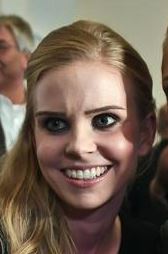 The lovely blonde currently works at Austria’s Finance Ministry. Her first major appearance was made earlier this year when the petite blonde sat next to Kurz when the ÖVP chose him as the new chairman. Though the couple has been seen in public many times, they certainly don’t look for the spotlight.

According to local media, she studied economics and worked in the policy operation. Susanne Thier was in the rank of a commissioner in the Ministry of Finance. She lived in an apartment in the 12th district of Meidling in Vienna before the two moved in together.

Though the couple is not engaged, Susanne certainly has had an important role in his career and also has an important presence on his media accounts.

Will Susanne Thier become Austria’s first lady? Only time will tell

See more photos of her on his Instagram here.

Read more on Miss Thier below: