Raisa Gorbacheva was the long time wife of former Russian president, Mikhail Gorbachev –who’s known for leading the downfall of communism and the breakup of the Soviet Union in 1991.

Her husband was born Mikhail Sergeyevich Gorbachev on March 2, 1931.

Gorbachev was the son of Russian peasants in Stavropol territory (kray) in southwestern Russia. He joined the Komsomol (Young Communist League) in 1946.

In 1952 he entered the law school of Moscow State University, that same year he became a member of the communist party. In 1970 he was named secretary of the regional party committee.

Gorbachev was the single most important initiator of a series of events in late 1989 and 1990 that transformed the political fabric of Europe and marked the beginning of the end of the Cold War.

He ended the Soviet Union’s postwar domination of eastern Europe, Gorbachev was awarded the Nobel Prize for Peace in 1990. 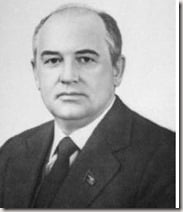 Though her ran unsuccessfully for president in 1996, Gorbachev has remained active in public life, as a speaker and as a member of various global and Russian think tanks.

He was married to wife Raisa from 1953 until her death. 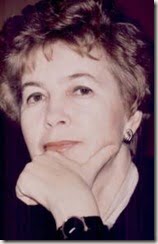 She studied at the Philosophy Department of Moscow State University –where she would meet Mikhail Gorbachev.

Following graduation they became husband and wife on September of 1953.

Four years into their marriage, Raisa would give birth to the couple’s only child. They welcomed daughter Irina Mikhailovna Virganskaya in 1957. 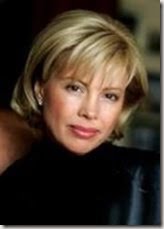 At first the small family had to share a room in a communal apartment in Stavropol. After her husband became the party secretary, the Gorbachevs moved to Moscow. In Moscow Raisa Gorbacheva continued her professional career as a lecturer at Moscow State University.

As the wife of the head of state, she accompanied her husband in all his domestic and foreign trips, breaking the image of “shadow” wives of Soviet leaders. 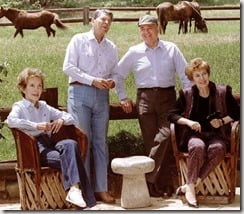 In the eyes of the world community Raisa Gorbacheva was always an associate of the Soviet President and “the envoy of peace.”

Her charisma gained her much admiration.  The British magazine Woman’s Own named Raisa Gorbachev Woman of the Year. She was also awarded the Lady of the Year award in 1991.

Raisa dedicated much of her time to charity and following the resignation of Mikhail Gorbachev as President of the USSR in December 1991, Raisa Gorbachev took an active part in the establishment and work of the Gorbachev Foundation.

Raisa Gorbacheva died in 1999 of Leukemia. Following her death the Raisa Gorbachev Foundation was created. The foundation funds cancer care for children.

She is survived by her husband, her daughter, two granddaughters (Ksenia and Anastasia) and one great granddaughter (Aleksandra).