Ann Marie Lucido is the proud wife of politician, Peter Lucido -who serves in the Michigan senate and is the Senate majority whip.

Ann’s husband who is currently thinking about running for governor in 2022 -is in hot water after telling a female reporter she should stick around because a group of high school students from an all-boys school touring the building could “have a lot of fun” with her.

He has been a state senator since 2019, and served two terms in the House of Representatives from 2015 to 2018. Prior to his career in politics, Lucido founded a Macomb County-based law firm and Macomb Now Magazine.
He serves as chair of both the Senate Judiciary and Public Safety, Advice and Consent committees, and the Joint Committee on Administrative Rules, and is a member of the Senate Elections and Oversight committees. 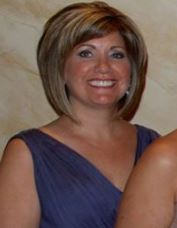 The 59-year-old has been happily married to wife, Ann Marie for decades and together have three adult children. Ann Marie Lucido is the mother of the couple’s three children, daughters Briana and Nina and son, Peter III.

Ann Marie Lucido was born Ann Marie Franzone on Jult 7, 1961. She has lived her whole life in Michigan. Not many deatils are known about the spouse and mother, however she’s often potographed attending events with her husband.
The couple’s daughter Nina Lucido, graduated from Michigan State University College of Law and was sworn into the Michigan Bar Association as an official attorney in 2018.
Their son, Peter Lucido III studied at University of Michigan and currently works at StockX.