Rebecca Cipollone is the lovely wife of lawyer, Pat Cipollone -who serves as counsel for president Donald Trump.

Rebecca’s husband will be making his appearance on Trump’s impeachment trial next week. The White House counsel is one of President Trump’s chief defenders.

Born Pasquale A. Cipollone on May 6, 1966; he’s been a litigator and plaintiff lawyer for much of his career.
He is a litigation partner at Stein Mitchell Cipollone Beato & Missner LLP. Prior to joining Stein Mitchell as a name partner, Mr. Cipollone was a litigation partner for over a decade in the Washington, D.C. office of Kirkland & Ellis.
According to According to The Foundation Stone Institute, he has litigated cases in state and federal courts, and before administrative agencies. Cipollone has represented clients in arbitrations, mediations, and complex negotiations.
In addition he served in the U.S. Department of Justice working for the Honorable William P. Barr, Attorney General of the United States. He received the Attorney General’s Award for Excellence in Management.
Pat who is also well known for being active in the Catholic community -is married to Rebecca Cipollone. The two have been married for decades and she is the proud mother of the couple’s ten children. 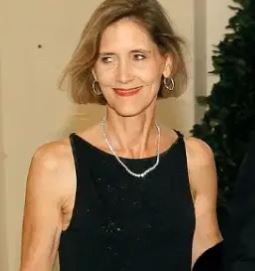 Rebecca Cipollone who was born in 1966 as Rebecca Sue Thelen goes by Rebecca Sue on social media and is also known as Becky; is the proud mom of ten kids including oldest daughter oldest daughter Mary Elisa -who works for Fox News; Frank Cipollone who works for Apple; Joseph and Anna who attended Georgetown. The couple raised their children in a suburb of Washington, D.C.

Rebecca’s father, George Thelen served as the president of a civil engineering firm called Thelen Associates. He is now retired.
The spouse and mother Rebecca Cipollone leads a low profile, is not clear if she has or had a 9 to 5 job at some point or what school she went to. She does appear as an officer in her family’s foundation ‘The George J. and Mary Susan Thelen Family Foundation, Inc.’ -which was created by her parents, George and Mary in Florida in 1994.

Is also safe to say, Rebecca Cipollone has kept busy at home caring for the couple’s children.