Prior to their 1993 nuptials, her hubby was married to Sherrill Redmon; they exchanged vows in 1968, together they welcomed three daughters.  Their marriage crumbled and eventually divorced in 1980. 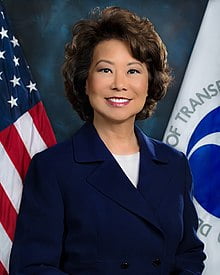 07“There is no one formula for success, this is a country where you can pursue your interests and if you really believe in what you are doing, most of the time, you will succeed if you’re disciplined, and you keep going”